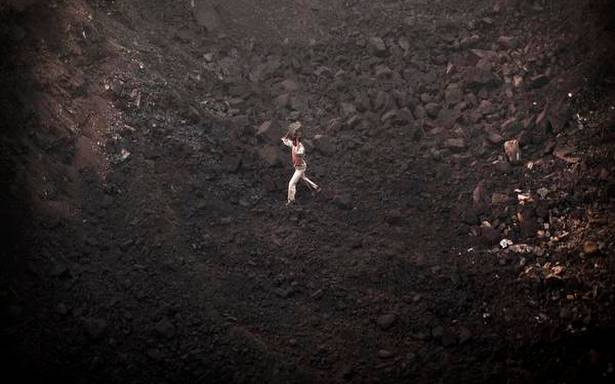 A subsidiary of Coal India Limited extracted coal worth ₹4,872.13 crore in eastern Assam without obtaining mining rights, the report of a probe panel constituted by the State government has revealed.

The entire amount should be recovered from the North Eastern Coalfields (NEC), the one-man commission of Justice Brojendra Prasad Katakey recommended to the Assam government. The recovery amount was calculated on the basis of NEC’s earnings from the “illegal mines” between 2003 and 2021, when it ceased operations.

The panel was set up after the State government had in July 2020 ordered an inquiry into allegations of illegal mining in Tinsukia district’s Digboi Forest Division, which falls within the Dehing Patkai Elephant Reserve.

The two-volume report of the panel, running into more than 500 pages, was prepared in April 2021 but tabled in the Assam Assembly in December that year.

The commission found that NEC extracted coal despite the non-renewal of several mining leases in the Digboi Forest Division that expired in 2003. The Assam government had in 2019 extended the period of the lease for 10 years from 2003 and a deed to this effect was executed in January 2021.

But the Mineral Concession Rules, 1960, framed under Mines and Minerals (Development and Regulation) Act, 1957, did not allow such retrospective renewal of lease, the report noted. This implied that the NEC did not have any lease in respect of the mines in the forest division “from 2003 to the present”, it said.

The company’s mining activity in these areas was thus illegal, the report said.

The commission noted that the Assam Forest Department had in 2020 imposed a penalty of ₹43.2 crore on the NEC for illegally mining 98.59 hectares of forest land. But this action came after years of indifference by the local authorities, it said.

The Forest Department, aware that NEC had flouted the rules, had allowed the 98.59 hectares to be diverted for the Tikok Open Cast Project.

In August 2012, the chief general manager of NEC had submitted a proposal for the conversion of this patch for non-forest use as the company had already broken (exploited) 57.2 hectares of this land by then.

This constituted a violation under the Forest Conservation Act, 1980, the panel noted. But the Assam government recommended approval of this proposal, which the Environment Ministry consented to.

“The violation of the provisions of the 1980 Act is writ large on the said stage-I clearance granted by the government of India,” the report said.