Priyanka Gandhi said: "Why hasn't this man been arrested? Leaders like us who want to visit Lakhimpur Kheri have been put under custody without any FIR, I want to know why this man is free?" 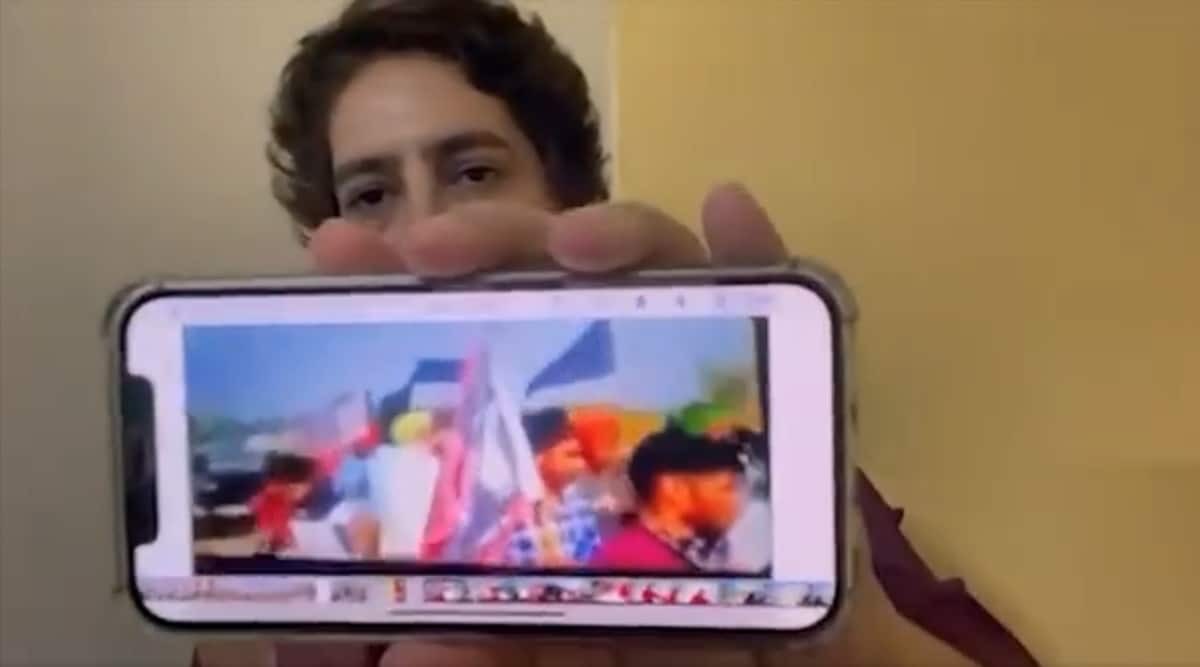 Ahead of Prime Minister Narendra Modi’s Lucknow visit, Congress leader Priyanka Gandhi Vadra tweeted a viral video of an SUV running over farmers at a protest in Lakhimpur Kheri district of the state.

Posing questions to the prime minister, Gandhi who was detained on Monday asked: “Have you seen this video? (She held a mobile phone showing a jeep running over a group of farmers, which Gandhi claimed is from Lakhimpur Kheri) Why hasn’t this man been arrested? Leaders like us who want to visit Lakhimpur Kheri have been put under custody without any FIR, I want to know why this man is free?”

She also questioned why Union minister Ajay Mishra Teni has not been sacked. The farmers have claimed that the vehicle which ran over the farmers in Lakhimpur Kheri’s Tikonia on Sunday was part of the convoy of Teni’s son Ashish.

“When you sit on the dais for Azadi ka Mahotsav festival today Modiji, please remember that we got our Independence because of the farmers. Even today, their sons protect our borders. Our farmers are troubled for months, and have been raising their voices but you have been ignoring them,” Gandhi further said, urging the prime minister to visit the spot.

In the video posted on Twitter, a group of protesting farmers are being mowed down by a grey SUV. One man is thrown up over the bonnet before the vehicle speeds away, leaving a jumble of bodies on the side of the road. Other cars in the convoy follow through. Four farmers died in the incident, and four others died in subsequent protests.

On Monday, the police registered an FIR on charges of murder against Mishra’s son Ashish, who was allegedly driving one of the vehicles. The state government announced Rs 45 lakh each for the families of the deceased. Further, a judicial committee headed by a senior judge will probe the incident. No arrests have been made so far.

He will inaugurate and lay the foundation stone of 75 urban development projects of the state under Smart Cities Mission and AMRUT; flag off 75 buses under FAME-II for seven cities — Lucknow, Kanpur, Varanasi, Prayagraj, Gorakhpur, Jhansi and Ghaziabad — and release a coffee table book encompassing 75 projects implemented under various flagship missions of the Union Ministry of Housing and Urban Affairs.