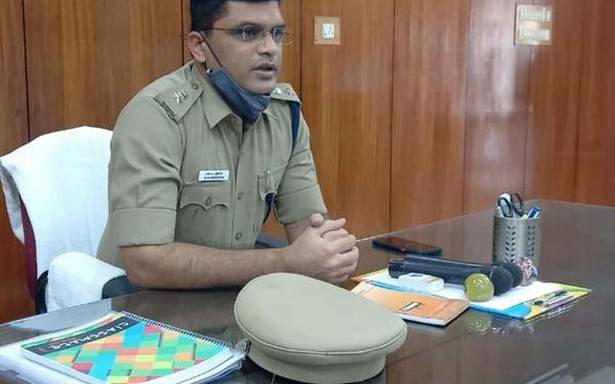 N. Shreenatha assumed office as the Superintendent of Police of Villupuram district on Monday.

Prior to this, Mr. Shreenatha was the Superintendent of Police of Mayiladuthurai district. He succeeds S. Radhakrishnan who has since been transferred and posted as Commandant, Tamil Nadu Special Police V Battalion, Avadi, Chennai.

Mr. Shreenatha said that law and order and corruption free of administration were his priority. Safety of women, children and senior citizens would be given priority he said and added the department would accord importance to welfare of police personnel.

Mr. Shreenatha said that rowdyism would be curbed in the district. The department would strive to curb prohibition offences such as illegal sale and smuggling of IMFL and rectified spirit.

The SP said that public could provide information to the department. Public can send messages through WhatsApp or call him on 9498111103, he said.