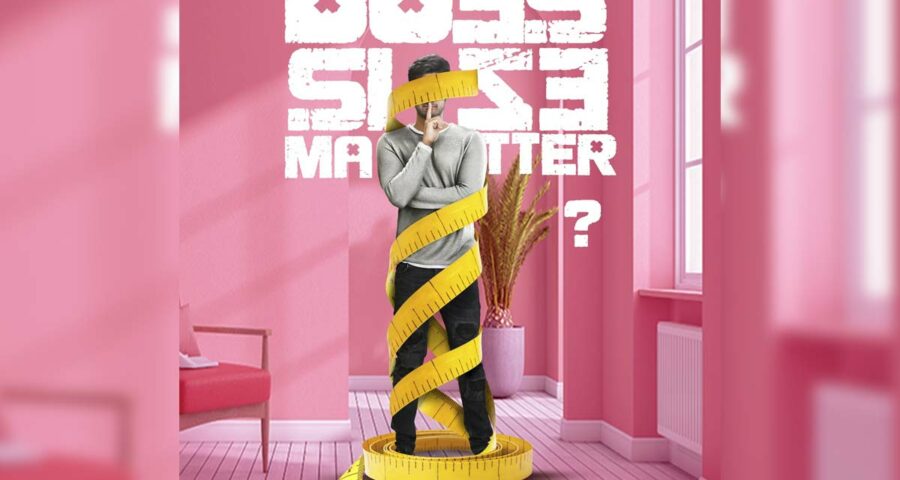 The  production house UV Creations has set up a new wing UV Concepts for encouraging the young and aspiring actors, filmmakers,  and the technicians. UV Concepts, in association with Mango Mass Media banner, is now coming up with an upcoming film. Today the makers released the pre look poster of the upcoming film but neither they revealed that who is playing the lead role, nor they reveal the title. Coming on the pre look poster, a young guy is seen but his face is covered with the tapes and on the poster  ‘Does Size matter’ is written.

By sharing this poster, the makers confirmed that the ‘mini’ look will be out on 7th march. The intriguing poster leaves the audiences guessing about its concept. Merlapaka Gandhi has penned the script,  and the upcoming drama will be helmed by  debutant Karthik Rapolu whereas Pravin Lakkaraju will render the tune.

Santhosh Shobhan has worked in popular movies like Paper Boy and  Thanu Nenu. His previous film to hit the theatres was Paper Boy  which was released in 2018.