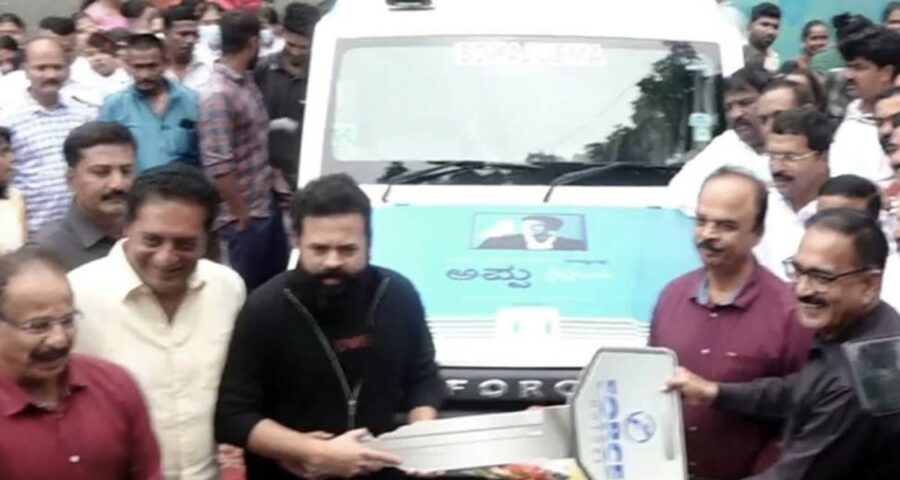 Prakash Raj himself confirmed the same by sharing few pics and a post on his twitter “APPU Xpress “” donated a free ambulance for the needy in memory of our dear #puneethrajkumar .. a #prakashrajfoundation initiative.. the joy of giving back to life..”

On the otherside, Late Puneeth Rajkumar will be conferred with State’s highest civilian honour Karnataka Ratna at the Kannada Rajyotsava ceremony on 1st November. Karnataka Chief Minister Basavaraj Bommai made this special announcement at the annual Independence Day flower show at Lalbagh’s Glass House in Bengaluru.

Puneeth Rajkumar will be the 10th recipient of the award, which happens to be the state’s highest civilian honour.

Puneeth died last year due to the heart attack. He was fondle called Appu. He is survived by his wife Ashwini Puneeth Rajkumar and two daughters. Puneeth was cremated in full state honors at Kanteerava Studios along with parents’ memorial. Over 10 Lakh people from Bengaluru and celebrities from all industries paid their last respects to Puneeth Rajkumar.