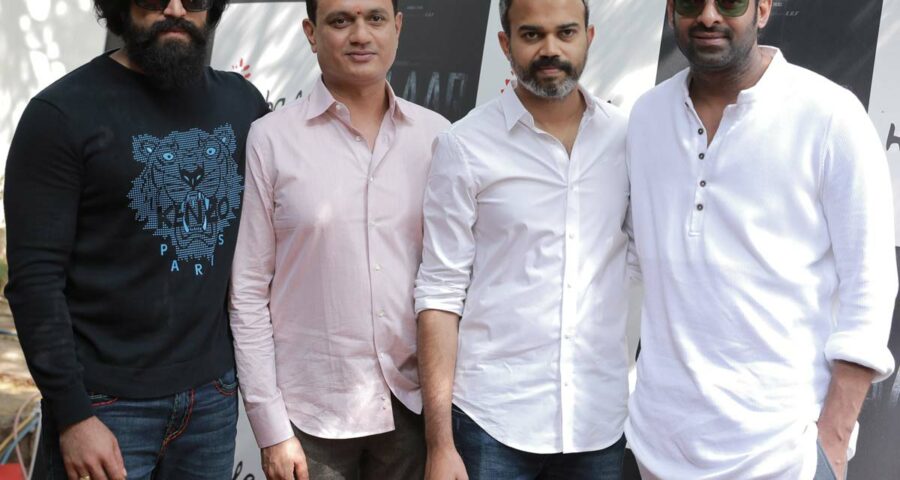 It is known news that young Rebel Star Prabhas has teamed up with Prashanth Neel of KGF fame for an upcoming film Salaar. Finally the wait is over.  Prabhas starrer Salaar launched today morning with formal pooja ceremony  and the launch event was attended by KGF star Yash.

Salaar  went on the floors  today on Friday., director Prashanth Neel and Vijay Kiragandur of Hombale Films, who is producing this big budget action drama, were also in attendance.  On the occasion of launch event, Prabhas said that he is excited to start the shoot of the film post the Muhurat Puja in Hyderabad and reveal his look to his fans and the movie lovers.

Recently Prashanth  Neel wrapped up  the shoot of his much anticipated directorial venture KGF: Chapter 2 starring Yash, Raveena Tandon and Sanjay Dutt. The film KGF 2 is currently in the post production stage and it will hit the theaters this year Worldwide in a very grand manner.

The makers of Salaar have already released the first look poster that featured Prabhas in a violent role and he is working out to build muscle and acquire a beefed up look. He was seen sporting a moustache and placing his left hand on an assault rifle.  According to the latest buzz, Bollywood actor John Abraham is in talks to play the role of antagonist.