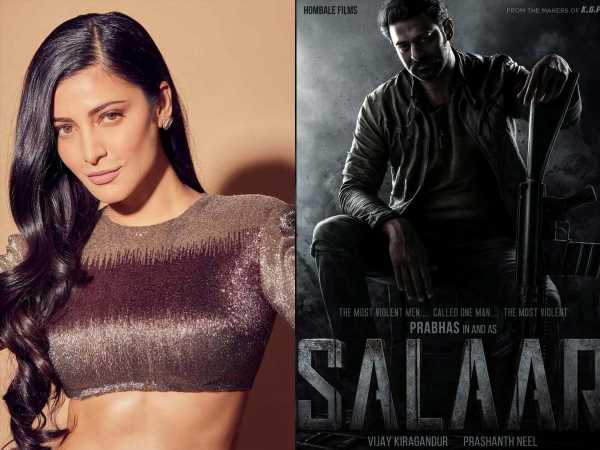 After the release of action drama KGF, filmmaker Prashanth Neel emerged as one of the ace directors across the country and currently he is working with Young Rebel Star Prabhas for an upcoming action thriller drama Salaar. While the second chapter of KGF is expected to soon release in theatres, Prashanth Neel is currently busy with Salaar. Both films are much hyped and are expected to shatter  the pre existing records at the ticket windows. Shruti Haasan is on the board to play the  female lead and love interest of Prabhas in high octane commercial entertainer Salaar.

Now according to the latest buzz in the film industry, Shruti Haasan will be seen essaying a political journalist in the film and she is the lady love of Prabhas who is playing a mechanic. This is for the second  time Shruti  Haasan is playing  the role of a journalist. In past she has played a journo in Suriya and Anushka Shetty starrer  ‘Singham 3.’

Hombale Films is producing ‘Salaar’ on a massive budget and it revolves around what happens when a mechanic locks horns with some highly powerful people.

On the otherhand, Prabhas will next be seen in Radhe Shyam that marks his first collaboration with  dusky beauty Pooja Hegde.