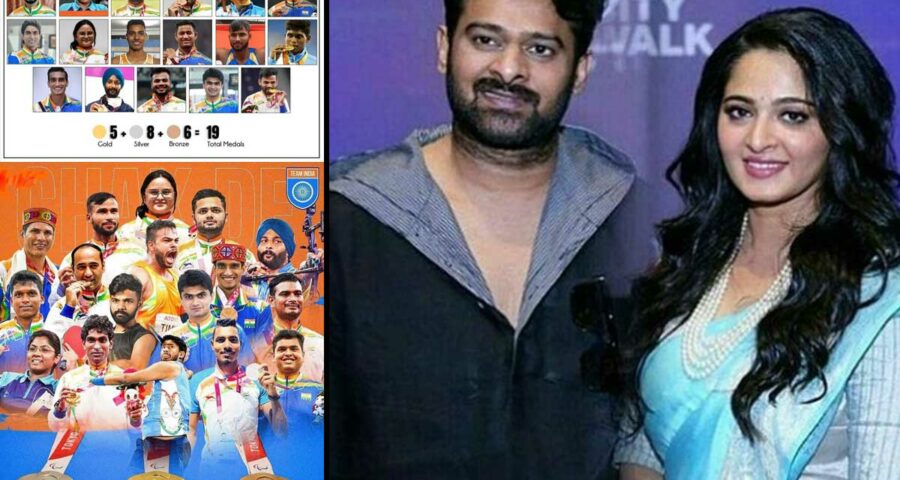 For the Rio Paralympics, our country India sent a total of 19 athletes. It was a record in itself back then. And in a coincidence to mark the end of Tokyo Paralympics, India won a total of 19 medals. Team India won  at the Paralympics, bringing home 5 gold, 8 silver and bronze medals and Tollywood actors and Baahubali pair- Prabhas and Anushka Shetty were among the many who congratulated them for bagging 19 medals.

Prabhas took his  instagram and  shares a pic  that featured the athletes who won big at the Tokyo 2020 paralympics, and said, “Thank you for your determination and hard work. You’ve brought such glory to our nation! Congratulations champions! “

On the otherside, Anushka Shetty also posted the pics of the athletes and said, “An ordinary person who overcomes endurance with strength, fighting spirit, and a never-say-die attitude becomes Our Hero.” Anushka congratulated the Paralympic athletes for bringing the nation together once more to support them and celebrate their victory, by saying, “We are extremely proud of each and every one of you. I wholeheartedly wish the entire Indian Paralympic contingent very best in the future.”

On the work front, Prabhas is working for Salaar, Adipurush and Project K whereas Anushka Shetty was last seen playing the lead role in Nishabdham.