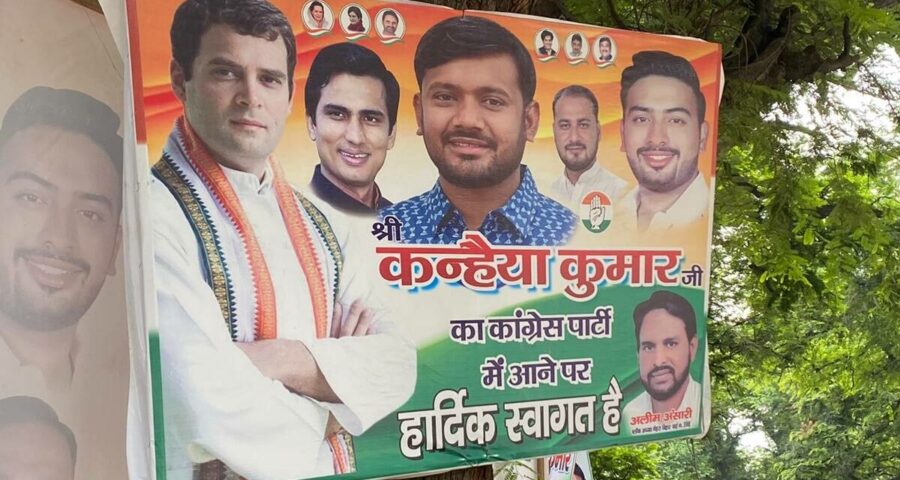 Posters welcoming former JNU student leader Kanhaiya Kumar have been put up outside the Congress office in Delhi ahead of his proposed joining, reported news agency ANI.

Kumar along with Independent Gujarat MLA Jignesh Mevani are set to join Congress today. They will join the Congress in the presence of Rahul Gandhi and Gujarat Congress working president Hardik Patel in New Delhi, Mevani had told on Saturday.

Kanhaiya, 34, is the firebrand former JNU student union president who caught national attention with speeches against the Modi government, and then went on to unsuccessfully try his hand at electoral politics as a CPI candidate.

In a brief statement, Mevani, who had won from the reserved Vadgam Assembly seat in north Gujarat in 2017, with the backing of the Congress, said: “On September 28, I will be joining the Indian National Congress along with Kanhaiya Kumar. I have nothing more to say till then.”

Kumar, sources close to him said, was feeling suffocated in the CPI. Kumar had also met Rahul Gandhi earlier this month.

Sources in the Congress said the party believes that the entry of Kumar and Mevani will give it a boost, at least optics wise, since one of the narratives regarding the party in the past two years has been of young leaders – among them Jyotiraditya Scindia, Sushmita Dev, Jitin Prasada and Priyanka Chaturvedi – leaving the party.