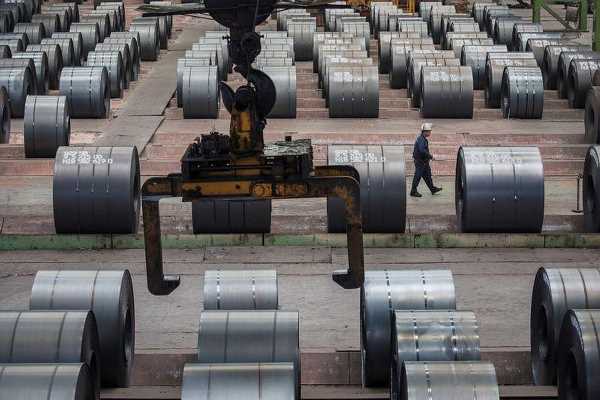 Positive cues from China – which accounts for 56.5 per cent of global crude steel production – are likely to keep demand-supply in balance and provide support to prices.

All eyes have been on China, which opened after New Year holidays, as it was widely expected that prices would recover post-holidays after the weakness in January.

China’s opening post-holidays was keenly awaited, especially in the wake of the sluggishness in the market in January.

However, it recovered to $645 a tonne in February.

In India, too, the rally paused after peaking in January.

Long product prices were reduced by secondary producers that account for two-third of production in the segment, from mid-January and in February, primary producers dropped prices.

In flat products, there was softness in the trade segment.

But a strong opening in China could boost sentiment and bring stability to prices.

China opened on a strong note after the holidays on February 18; data sourced from SteelMint showed that Dalian’s most traded May’ 21 iron ore futures contract climbed by RMB 60 to close at RMB 1,131 a tonne ($174.35).

Rebar futures on Shanghai Futures Exchange (SHFE) surged by as much as RMB 125 and HRC (hot rolled coil) moved up by RMB 100.

“So there should be stability around prices,” he added.

A secondary producer in the long product segment also said that the sentiment had improved in the last 10 days and the strong opening in China was a positive.

There are other positive indicators too emerging from China that could augur well for India.

Acharya pointed out, “There are three messages coming out of China: an increased focus on moving towards green steel and reducing pollution, which would contain inefficient production.

“There is a move to contain exports (there is a possibility of reducing export rebates from 13 per cent to nine per cent) and a forecast that demand in China will rise slightly in 2021.”

“This will increase export prices to the extent of reduction in rebate and help bridge the gap between Chinese steel prices and the rest of the world.

“Also lower/ balanced exports would be good for the steel industry globally,” he added.

Dhar said that giving further impetus to the positive sentiment was yet another possible infrastructure push by China that would revive demand for construction material in that country.

Additionally, with the pollution curbs, China could resort to importing billets from countries like India.

In the initial months of the lockdown in India, all major steel producers had exported billets and China accounted for the lion’s share.

In Q1, billet exports from India had stood at 2.3 million tonnes; it dropped to 1.1 million tonnes in Q3 as domestic demand picked up.

Steelmakers expect demand to remain strong in the home market, even though prices had seen some pressure.

“In India, I am optimistic about demand prospects, being supported by macroeconomic growth.

“The signs of weakness in the trade segment were on account of traders trying to book profits on material brought in October, November and December.

“I think, by February-end, they should have reduced considerable inventory. I am not concerned as long as demand remains good,” he added.

Possibility of reduction in export incentives to balance exports

Expectations of another round of infrastructure push