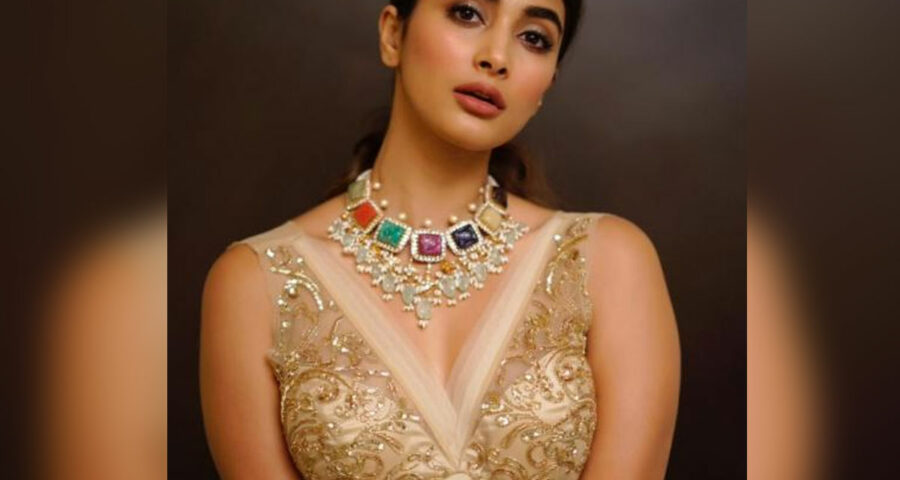 If ongoing buzz in the media and the film industry are to be believed, the dusky siren Pooja Hegde will be seen playing the female lead in an upcoming much awaited Telugu movie Bhavadeeyudu Bhagat Singh which has  Power Star Pawan Kalyan in the lead role. The reports are coming that Harish Shankar is trying to bring in Pooja Hegde to fill the role of the female lead.

Pooja Hegde, who has been interacting with the media as a part of the promotional activities of her upcoming movie Radhe Shyam, was  also asked about the same.

In past Pooja Hegde has worked with Harish Shankar for his movies ‘Duvvada Jagannadham ‘ in which stylish Star Allu Arjun played the lead role and the movie was superhit at the box office.  Later she was seen in Varun Tej starrer  ‘Gaddalakonda Ganesh’.

On the otherside, Pooja  Hegde will be seen in multi-lingual love story Radhe Shyam which  is set in Europe in the 1970s. Prabhas is playing Vikramaditya, while Pooja Hegdeis essaying Prerana.

Meanwhile Pawan Kalyan is basking in the glory of his recently released cop based drama Bheemla Nayak which has Rana Daggubati in the lead role. Saagar K Chandra’ magnum opus was released on 25th March and is doing decent collections at the box office.