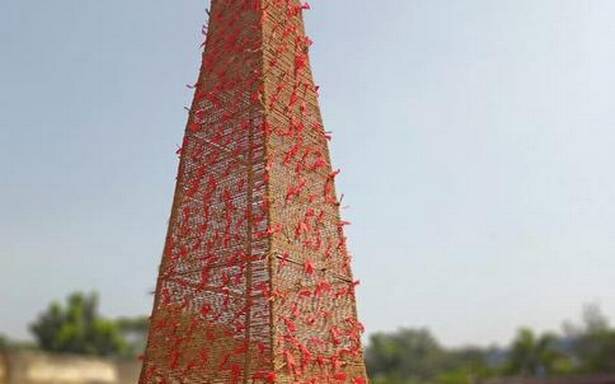 Event to mark 1818 Battle of Bhima Koregaon organised in city

A coalition of Dalit and human rights groups symbolically celebrated the victory of Dalit forces in the 1818 Battle of Bhima Koregaon for the first time in the city on Friday even as they demanded immediate release of 16 activists in connection with a similar celebration in 2018.

Retired judge B.G. Kolse Patil, one of the organisers of Elgar Parishad in Bhima Koregaon on December 31, 2017, presided over the event in Bengaluru on Friday. “Most of those arrested in the case were not even present at the Elgar Parishad organised by Justice P. B. Sawant and me. We do not even know many of them. If any, action ought to be taken against the organisers but ironically, political dissenters are being intimidated and targeted,” he said alleging the entire case was a “conspiracy by right-wing forces to suppress dissent”.

“I am very clear that the Rashtriya Swayamsevak Sangh (RSS), the fountainhead of Hindutva, is enemy number one for a secular and just India. It is difficult to win this battle against right-wing forces if we fight in the electoral fray alone. We need to ideologically challenge them. We need to set aside all identity markers and unite to fight for Roti-Kapda-Makaan and Shiksha-Arogya issues,” Mr. Patil said. He urged right thinking citizens to fearlessly fight State repression within the constitutional framework.

The Bhima Koregaon Horata Samiti – Karnataka, that organised the event, demanded that all “political prisoners”, not just the 16 arrested in the Bhima Koregaon case, but also others related to anti-CAA protests and Delhi riots, “arrested on trumped up charges”, be expeditiously tried on merit or be released on bail with immediate effect.