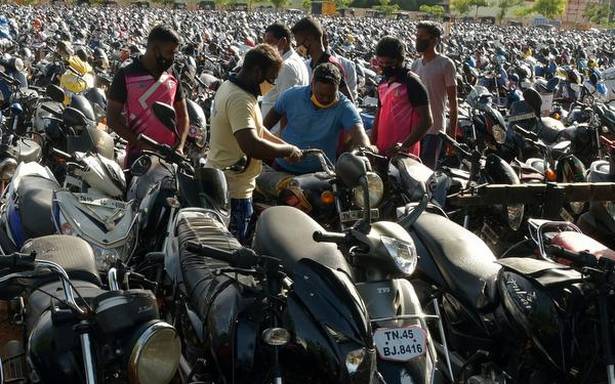 The city police on Monday began releasing in batches vehicles that were seized for lockdown violations here.

About 240 confiscated vehicles stationed at City Police Armed Reserve Ground were handed over to their owners or those authorised by them after verifying documents of the vehicles and persons concerned. Barring one, the released vehicles were two-wheelers seized from May 15-18.

The city police seized over 6,800 vehicles of different types since May 15 for lockdown violations. Police sources said the remaining confiscated vehicles would be released in batches daily.