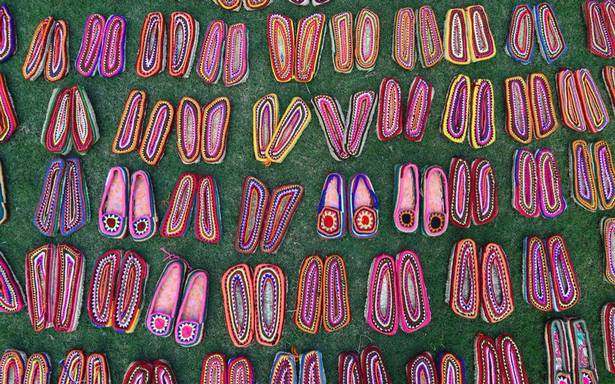 These include priests, people performing seva, security guards, sanitation workers and others, they added.

Prime Minister Narendra Modi has sent 100 pairs of jute footwear for those working at Kashi Vishwanath Dham after coming to know that most of them perform their duties bare-footed as it is forbidden to wear leather or rubber footwear on temple premises, government sources said on Monday.

These include priests, people performing seva, security guards, sanitation workers and others, they added.

Mr. Modi got the jute footwear procured and sent over to the dham so that those performing their duties don’t have to stay bare-footed in the chilling cold.

Kashi Corridor | A passage of faith

A source said, “PM Modi has been deeply involved with Kashi Vishwanath Dham & keeps a tab on all issues & developments in Varanasi. This is yet another example of his attention to minute details and his concern for the poor.” Mr. Modi had last month inaugurated the first phase of the dham, which has massively expanded the Kashi Vishwanath Temple premises and beautified the complex.