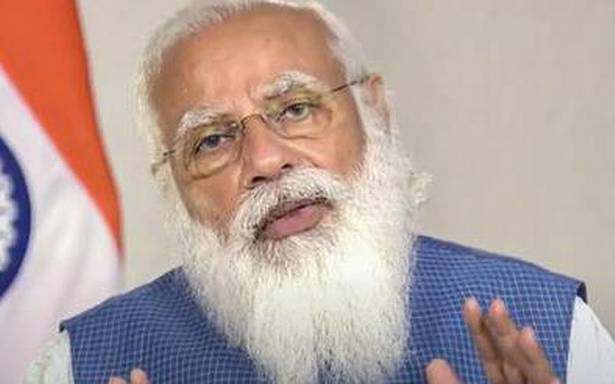 “… May his exemplary ideals keep giving us strength and inspiration to build the India he dreamt of,” PM Modi said about Tagore.

Prime Minister Narendra Modi on May 9 paid tributes to Nobel laureate Rabindranath Tagore on his 160th birth anniversary. Tagore was born on May 7 but his birthday is celebrated in West Bengal, where he was born and is revered, according to the traditional Bengali calendar. This year, it falls on May 9.

“On Tagore Jayanti, I bow to the great Gurudev Tagore. May his exemplary ideals keep giving us strength and inspiration to build the India he dreamt of,” he said, paying tributes to the man of many talents.

Tagore was a playwright, philosopher, composer and poet. He won the Nobel prize for literature.

Gokhale’s life was devoted to serving the nation, and it will always inspire the countrymen, the Prime Minister said. Paying tributes to Maharana Pratap, Mr. Modi said he brought glory to India with his valour, boundless courage and battle skills. “His sacrifice and devotion to the motherland will always be memorable,” he said.