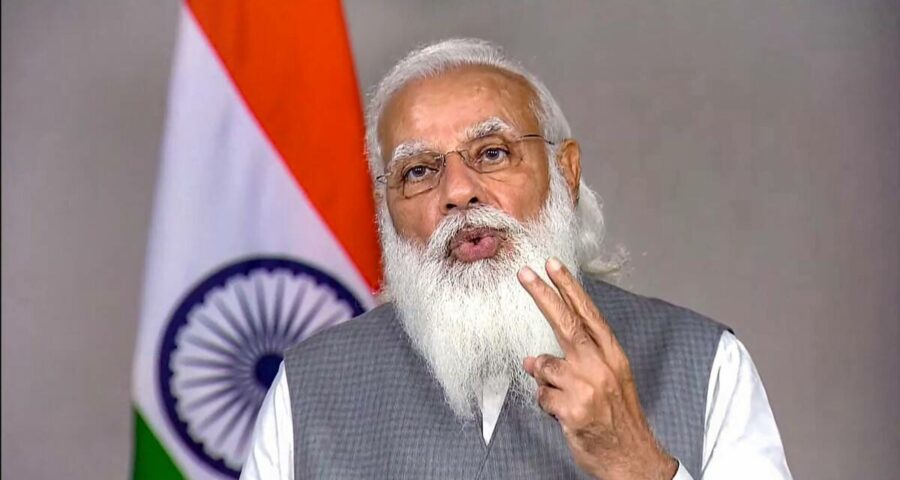 India, he said, is home to one of the world's largest startup ecosystems and several unicorns have come up in recent years. As India emerges from a devastating second wave of Covid-19 infections, Prime Minister Narendra Modi on Wednesday said the focus must be on repairing and preparing the health infrastructure as well as the economy for future challenges.

To prepare a base for a sustained higher growth rate, the government continues to unleash reforms and has also extended free food distribution schemes to aid the poor hit hard by the pandemic.

“Over the past year, we have witnessed a lot of disruption in different sectors. Much of it is still there,” Modi said at the VivaTech Summit. “Yet, disruption does not have to mean despair. Instead, we must keep the focus on the twin foundation of repair and prepare.”

This time last year the world was still seeking a vaccine and today two vaccines are being made in India, and more are in the development or trial stages, he said.

“We have to continue repairing health infrastructure and our economies,” he said. “And when I say prepare, I mean insulating our planet against the next pandemic, ensuring we focus on a sustainable lifestyle that stops ecological degradation, strengthening cooperation in furthering research as well as innovation.”

While attempts were made to control the spread of infections and healthcare infrastructure built to treat the ill, the government implemented huge reforms across sectors – from mining to space, from banking to atomic energy.

“This goes on to show that India as a nation is adaptable and agile,” he said.

After the brutal second wave in April and May, the COVID case has fallen more than 80 per cent since its peak 5 weeks ago. This as also the pick up in the pace of vaccination had aided state governments to relax restrictions at a relatively faster pace than in 2020.

“I believe where convention fails, innovation can help. This has been seen during the COVID-19 global pandemic, which is the biggest disruption of our age. All nations have suffered losses and faced anxiety about the future,” Modi said.

While many conventional methods were put to test, innovation that came to the rescue. “Digital technology helped us cope, connect, comfort, console,” he said and went on to site the seamless distribution of free ration to 80 crore people and cooking gas to the poor using the biometric digital identity Aadhaar system.

“Our doctors adopted telemedicine, in a big way so that some COVID and other non-COVID issues could be addressed virtually,” he said.

On the government side, indigenous IT platform, Aarogya Setu enabled effective contact tracing and COWIN digital platform is helping vaccines to millions.

“Had we not been innovating, then our fight against COVID-19 would have been much weaker,” he said. “We must not abandon this innovative zeal so that we are even better prepared when the next challenge strikes.”

India, he said, is home to one of the world’s largest startup ecosystems and several unicorns have come up in recent years.

Stating that the country offers what innovators and investors need, the Prime Minister invited the world to invest. “I invite the world to invest in India based on the five pillars of talent, market, capital, eco-system and culture of openness.”

Data consumption in India is among the highest and cheapest in the world. Also, Indians are the largest users of social media. “There is a diverse and extensive market that awaits you,” he said.

He said startups must explore areas as such, healthcare, eco-friendly technology including waste recycling, agriculture, new-age tools of learning.

“History has shown that leadership in new technology drives economic strength, job, and prosperity. But our partnerships must also serve a larger purpose, in the service of humanity. This pandemic is not only a test of our resilience but also of our imagination. It is a chance to build a more inclusive, caring and sustainable future for all,” he added.