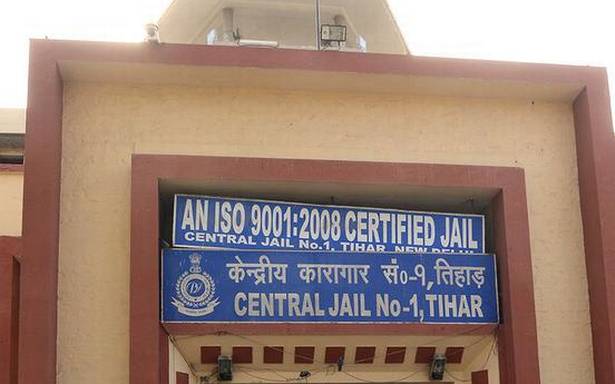 The Delhi High Court on Wednesday sought response of the Centre, AAP government, police and prison authority on a plea seeking temporary release on bail or parole of prisoners, involved in non-heinous crimes, from the three jails in the national capital in view of the surge in COVID-19 cases.

A bench of Chief Justice D.N. Patel and Justice Jasmeet Singh issued notice to the ministries of Law and Health, Delhi government, police, office of Lt Governor and Director General of Prisons seeking their stand on the petition, by three lawyers and a law student, by May 4.

Advocate Ajay Verma, appearing for the petitioners, told the court that recently in Tihar Jail 190 inmates and 304 prison staff tested positive for COVID-19 and the infection has spread across the prison.

The petitioners have contended that at a time when there was a surge in the COVID-19 infection, de-congestion of the prisons was necessary as they were filled much beyond their capacity.

"That the present total number of inmates as on April 7 is 17,285 as against a total capacity of 10,026 of the three jails – Tihar, Mandoli and Rohini," the petition has said.

They have also sought temporary release of prisoners who were previously released and those who have surrendered on the basis of good conduct and also those who are suffering from any ailment.