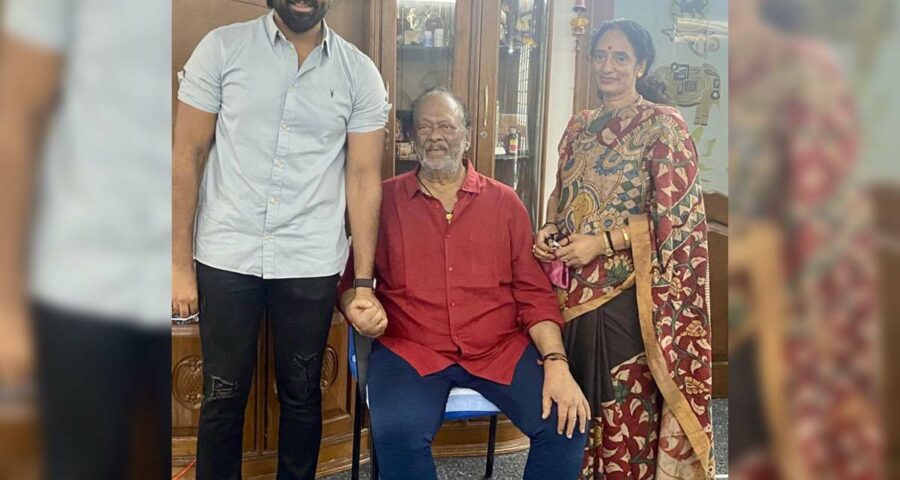 Krishnam Raju new shocking look: Krishnam Raju is known for his works in Telugu movies and he is widely known as Rebel Star for his rebellious acting style. He has acted in more than 190 movies in his career in Film industry. He is also the winner of the inaugural Nandi Award for Best Actor. Krishnam Raju made his film debut with the 1966 Chilaka Gorinka, which was helmed by backed by  Kotayya Pratyagatma. Yesterday, Manchu Vishnu  who is contesting MAA Elections for the post of President, met Krishnam Raju and shared a pic  on twitter. Everyone is shocked after seeing the Krishnam Raju’  new look.  His new look a bit shocking.

This year in the month of February, when Krishnam Raju had shared a pic of him from the sets of Radhe Shyam, he looked energetic. But in this pic, he looks dull.

On the work front, Krishnam Raju will be seen playing a crucial role in Radhe Shyam, which is helmed by Radhe Krishna Kumar which has Pooja Hegde, Sachin Khedekar, Priyadarshi Pulikonda, Bhagyashree, Murali Sharma, Kunaal Roy Kapur, Sathyan and Sasha Chettri in the supporting roles.