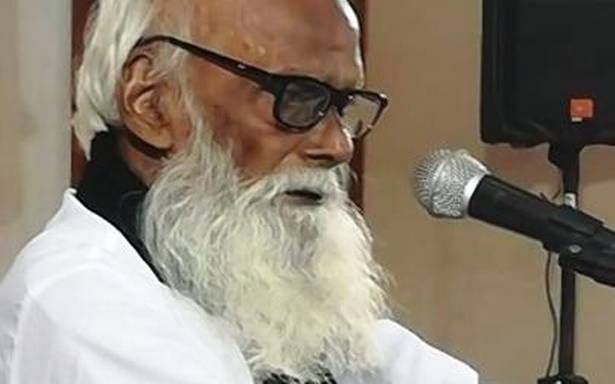 Periyarist and founder of the Marxist Periyarist Communist Party V. Anaimuthu died on Tuesday due to age related complications. He was 96 and is survived by four sons and three daughters.

Anaimuthu, who published the 20 volumes of collected works of Dravidar Kazhagam founder Periyar, was also instrumental in convincing MPs belonging to the Backward Classes to support the recommendations of the Mandal Commission.

MDMK general secretary Vaiko said Anaimuthu participated in the protest in support of caste eradication in 1957 alongside Periyar.