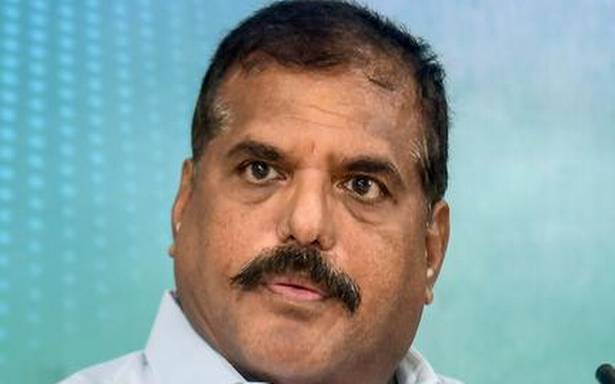 ‘Some political parties raking up the issue for their existence’

Minister for Municipal Administration and Urban Development (MA&UD) Botcha Satyanarayana has said that there is no resistance from people over the State government’s decision to levy charges for garbage collection. He said that the some political parties, which have lost the faith of people, are trying to rake up a controversy on the issue for their existence.

Addressing a press conference here on Sunday, Mr. Satyanarayana said that the decision to levy charges for garbage collection was not a new one and was being implemented at various parts of the State for the last six months. The resolutions made by all municipalities have got complete support from people. People want their surroundings and colonies to be clean, he said.

The Minister said that as part of the Clean Andhra Pradesh (CLAP) initiative, the government has provided garbage collection vehicles to every sachivalayam, one sanitary inspector to every ward and laid special focus on sanitation. He said that source segregation and door-to-door garbage collection were yielding good results. “Apart from sanitation, drinking water supply, street lights and education, we have also focussed on Urban Health Centres (UHCs),” he added.

Commenting on the Bharatiya Janata Party’s (BJP) demand to rename King George Hospital in Visakhapatnam and Jinnah Tower in Guntur district, the Minister questioned what were the BJP leaders doing when they were in alliance with the Telugu Desam Party(TDP).

On the controvery over online sale of cinema tickets, he said the objective of the government was to ensure entertainment to the poor at a lower cost.

The State government has implemented about 95% of its promises made in the party’s electoin manifesto so far, he said.