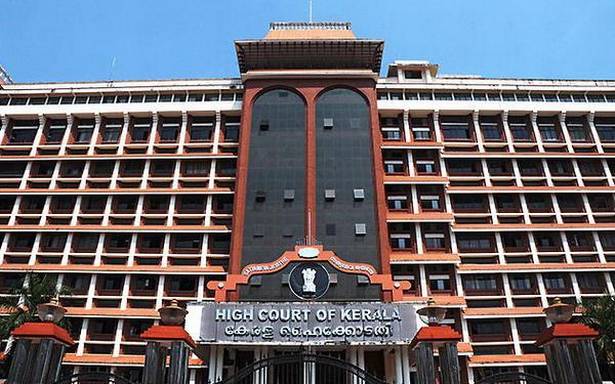 With the judgement coming in his favour the CUK would have to pay approximately ₹1.3 crore towards his salary, S. Gopinath said.

Three years of struggle to get justice ended with a happy note for S. Gopinath, who was removed from service while he was serving as the joint registrar in the Central University of Kerala (CUK).

On Saturday, he celebrated Onam with his family in Kasaragod with joy and with grandeur as the long waged legal battle ended with Kerala High court quashing the charges levelled against him by the CUK and ordered the university to clear all the consequential benefits, arrears of salary and other service benefits within a period of three months.

Mr. Gopinath, was removed from the service after it was alleged that he was instrumental in taking on rent a building to house the boys hostel of the CUK agreeing to pay a monthly rental of ₹75,000 per month, as well as an advance equivalent to three months, rent at ₹75,000 per month to the building owner without due sanction from the Vice-Chancellor or the joint registrar. This allegedly cost the university a loss of ₹3.5 lakh during 2013-14.

He was also alleged of renting a building without obtaining a rent reasonableness certificate from the Central Public works Department (CPWD) and also had not entered into any agreement prior to payment of the amount and that by paying an amount in excess of the amount shown in the RRC, which was obtained about two years later. With enquiry officer giving report against him and the single judge court too approving the proceedings, he challenged the order with a hope for justice.

However, the court based on the evidence produced questioned the finding of the enquiry officer appointed by the university. The court was of the view that the enquiry officer failed to establish the specific charges against the petitioner, but is clearly hit by the principle of ‘no evidence’.

The court found that the decision was taken at the level of the Vice-Chancellor and the Registrate of the University.

Citing that an administrative order was also accorded for sanctioning the rent and advance amount to be paid to the owner of the building, the court also took a dig at the University extending the lease of the building in question on the same terms and agreed to pay rent, at the rate originally fixed which was higher than the reasonable amount suggested by the CPWD.

“This speaks volumes of the hollowness of the charge levelled against the petitition,” the court said.

With the judgement coming in his favour the CUK would have to pay approximately ₹1.3 crore towards his salary, Mr. Gopinath said.

Mr. Gopinath told The Hindu, that this Onam is quite special for him as it was a victory of truth over the false allegation that was raised against him. He would have retired on May this year, had he continued in service.

The past years has been a tough time for him and his family, who had to face humiliation, financial crisis and other issues due to the decision of the CUK.

With no salary there was a huge financial problem and my wife went through life-threatening surgery in which she lost her eye. The daughter’s marriage was almost cancelled due to the allegation against him and he had convinced his family of his innocence, he said.

Mr. Gopinath said the High Court quashing the CUK order came as a huge relief to him and his family. There are many other such cases where staff have wrongly been implicated at the behest of few people in the university and it should be properly inquired, he observed.