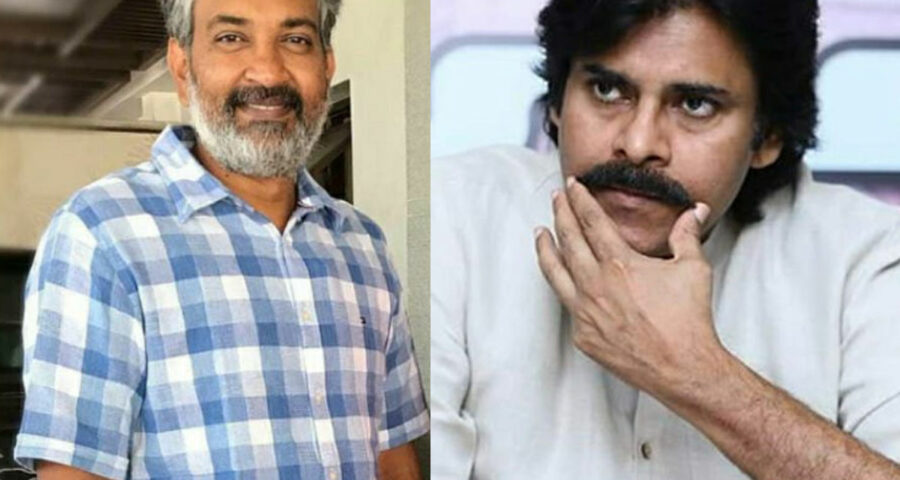 Director SS Rajamouli  is currently busy in his upcoming directorial venture RRR, which is a big budget drama and has Ram Charan and Jr NTR in the lead roles. Recently the makers of RRR- Roudram Ranam Rudhiram announced the release date.

It is known news that after a gap of 2 years,  Pawan Kalyan is making his comeback in the acting field with  the movie Vakeel Saab and he has already wrapped up the shoot. Currently he is working with Saagar K Chandra for a Telugu film, which is a remake of Malayalam drama Ayyappanum Koshiyum. Currently the shoot of Ayyappanum Koshiyum remake is also going on at Aluminium factory.

Upon knowing the same, Pawan Kalyan visited RRR sets and met  the director SS Rajamouli. They spent some time together on the sets.