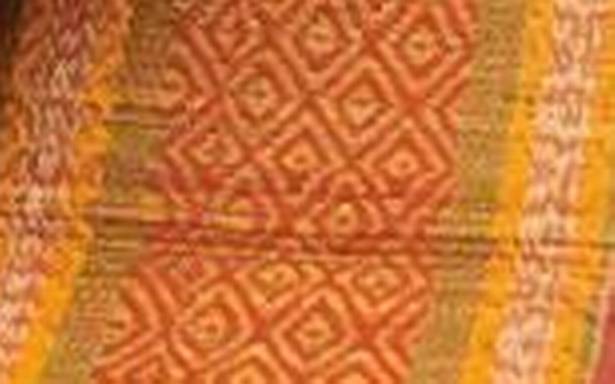 When the ‘kora’ mat weavers of Pattamadai village in Tirunelveli district wanted avenues to sell their products during the last lockdown, the Crafts Council of India decided to give them a month-and-half-long training on how to do business using internet and smart phones.

“We are now teaching them to take photos and make e-catalogues so that they can get in touch with prospective buyers. The district Collector is already in talks with e-commerce platforms to market their products,” said Gita Ram, chairperson, CCI, at an online webinar to discuss the way forward for the 40 Lebbai women who are now part of four self-help groups.

Sudha Ravi, treasurer, CCI, said that the Council’s relationship with Pattamadai was a long and enduring one. In the early 90s, the CCI had encouraged this cluster to submit well-woven mats for the national awards selection panel. Ibrahim Beevi was the first to receive this prestigious award in 1993. This was the ‘awakening’ of the public to the wonders of this craft. CCI has been showcasing their products for several years through their crafts bazaars and Kamala outlets, she said.

Mohammed Fathima said she was happy to be able to market the mats. “We used to make them based on orders, earning ₹300 per mat as labour. GST is a road block for our development. We need a waiver from that,” she said.

Kavva Beevi, one of the weavers, said she had been working for over 30 years with the mats and she wanted their children too to learn the skill of making the fine silk mats of 100 count variety. She wanted a training centre where the next generation can learn the craft. The 100-hour-long programme was conducted by the CCI when the Tamil Nadu Skill Development Corporation asked them to work with a cluster and sponsored it along with Sankalp, a programme assisted by World Bank. Now, the CCI is in the process of setting up bank accounts for the women and also a revolving fund from which they can take money to buy ‘kora’ grass, which is available only in certain seasons. “They will replace the amount when they sell their mats so that they can use it the next time to buy ‘kora’ grass,” said Latha Thirumal, project coordinator.

Tirunelveli district Collector Vishnu said the weavers needed market access to their products. He said a training centre would be set up before the end of the current financial year. He also urged CCI to give professional guidance to the women on how to develop the cluster.