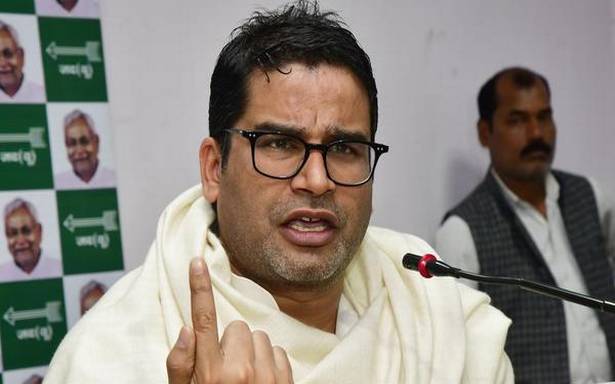 The house was built by Shrikant Pandey, late father of the former key aide of Bihar Chief Minister Nitish Kumar

A portion of political strategist Prashant Kishors paternal residence was on Saturday pulled down by the authorities who said the razed part of the property fell on land acquired for the widening of a national highway.

The house was built by Shrikant Pandey, late father of the former key aide of Bihar Chief Minister Nitish Kumar with whom Mr. Kishor had burnt his bridges last year leading to his expulsion from the JD(U) in which he held the post of national vice-president.

K.K. Upadhyay, the sub divisional magistrate who supervised the demolition, said the razed gate and part of the boundary wall was on the land which has been acquired for widening of NH-84.

He said the administration was removing all property situated on the land acquired. In some instances the owners themselves are doing the needful, but Mr. Kishor’s house has been empty for quite some time so we had to bring in our machines.

He said the district administration has already announced compensation to all those whose land has been acquired and it will be handed over to the respective owners in due course.

The SDM disclosed that a temple of Lord Brahma in the vicinity has also been shifted for the road widening project and was met with some resentment from the locals.

Some people had raised an objection that the temple was being moved but property belonging to private persons was not being touched because they happened to be influential and well-connected. Hopefully, they are satisfied with the impartiality of the administrative action, he told PTI over phone.