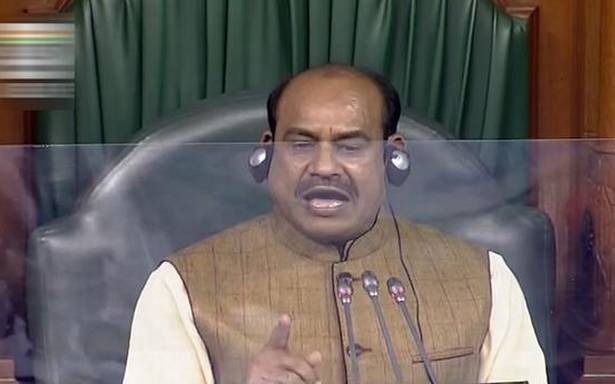 The Pegasus snooping controversy led to multiple disruptions in the Lok Sabha on Tuesday before it was adjourned for the day.

In what seemed to be a different strategy by the Opposition parties for the two Houses, proceedings in the Lower House got washed out while the Rajya Sabha discussed COVID-19 after a couple of hours of disruptions in the morning.

“The government on its own had moved for a discussion on COVID-19 after it was discussed in the Business Advisory Committee (BAC). We didn’t want to give them a chance to say the Opposition doesn’t even want to discuss the pandemic. But the government will find itself cornered in the Lok Sabha. On July 22, farmers have planned some action outside the House and we will raise their voices inside the House,” a senior Congress leader told The Hindu.

With multiple notices from Lok Sabha members like Manish Tewari, Manickam Tagore and Gaurav Gogoi for the suspension of routine business to discuss the snooping controversy, the Opposition had made its intentions clear on the second day of the monsoon session.

The Trinamool Congress leaders too had given an adjournment notice after the name of party’s Lok Sabha member Abhishek Banerjee, who is also nephew of West Bengal Chief Minister Mamata Banerjee, figured in the list of potential targets for hacking.

As soon as the Lok Sabha proceedings started at 11 a.m., the Congress and the Trinamool started raising slogans and showed placards targeting the government. While some placards showed former Congress chief Rahul Gandhi being in the lists of targets, another one talked about Mr. Banerjee.

One of the Hindi placards read that while people are suffering from unemployment, the government is busy with jasoosi (spying).

The proceedings lasted for barely five minutes and the House got adjourned until 2 p.m. When it reconvened, similar scenes were witnessed prompting the Chair to adjourn it again for an hour. Soon after the House assembled at 3 p.m., the Opposition members again started raising slogans on the Pegasus issue and the Chair adjourned it for the day. The Lok Sabha will now meet on Thursday after a day’s break for Id.