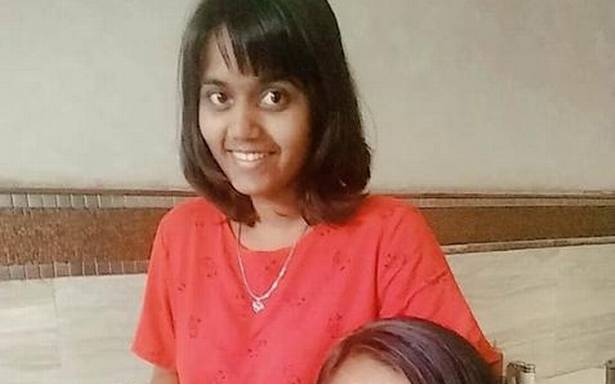 Madanapalle family was under the influence of occult practices, say police.

High drama marked the arrest of the couple, accused in the murder of their two unmarried daughters, at their residence at Madanapalle in Andhra Pradesh’s Chittoor district on Tuesday.

A special police party posted at the house since Sunday night had to control the mob frenzy and resistance of the couple during the arrest.

Purushottam Naidu, 55, and Padmaja, 50, who allegedly hit and stabbed their daughters Alekhya, 27, and Sai Divya, 22, with dumb-bells and a trident, were reportedly under the influence of occult practices.

Amidst tense moments, the police assisted the relatives of the deceased to perform the funeral rites on Monday evening, after conducting a post-mortem.

Deputy Superintendent of Police A. Ravi Manohar Achari told The Hindu that the preliminary investigation pointed to the role of the couple in the twin murders.

“As per the couple’s version, their two daughters had been unwell for a week and complained to their mother that they were experiencing breathlessness and had seen strange figures in the house. The youngest daughter had reportedly forced the mother to kill her as she could not bear the torment of some unseen forces. The girl had threatened to commit suicide if they failed to kill her. Divya Sai was brutally done to death around afternoon [on Sunday]. A few hours later, eldest daughter Alekhya, also under the influence of occult practices, had reportedly forced the parents to kill her. The contention was that her death would lead to resurrection of her sibling. The couple followed through the elder daughter’s morbid suggestion around late evening,” the DSP said.

The police officer said the father and mother were booked as A1 and A2 respectively under IPC Section 302 for the murders. “We have verified the CC camera footage in the vicinity of the house and there is no possibility of involvement of any outsiders such as mendicants,” the DSP said.

Circle inspector M. Srinivasulu said the couple was arrested on Tuesday, two days after the killings, due to the post-mortem procedure and funeral rites and the hysterical condition of the accused. The duo was produced in the Madanapalle court and sent in remand.

Meanwhile, Padmaja, while being taken for COVID-19 test, kept shouting in English: “I am Lord Shiva. Shiva is come. Work is done.” She refused to take the test claiming that she had created coronavirus and she herself was coronavirus.

However, her husband had cooperated with the staff for the test and the post-arrest procedures, police said.

All the four members of the family were highly educated and the family owned properties worth several crores of rupees.