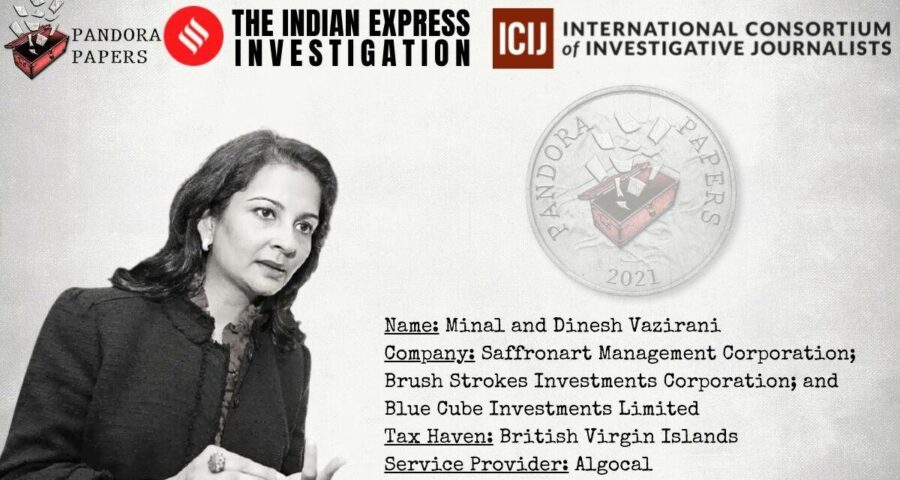 Records of Panamanian law firm Alcogal show that in 2006, the Vaziranis registered a set of companies in the British Virgin Islands (BVI) and some were “in good standing” at least until January 2017. 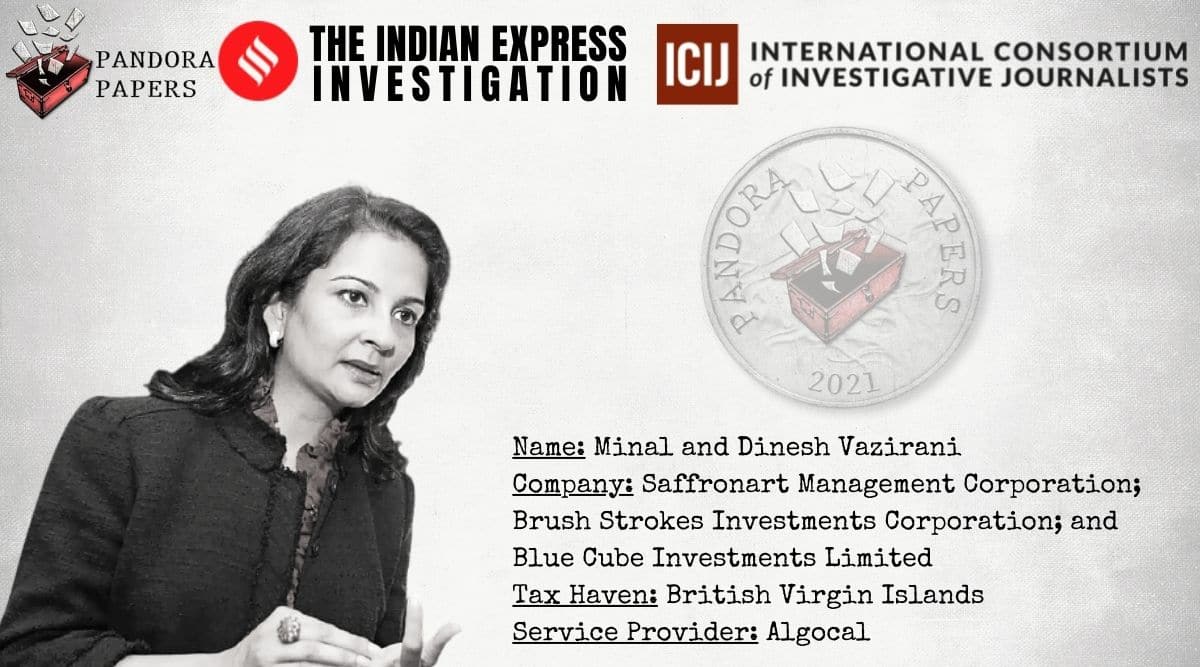 Saffronart, one of the largest art auction houses in the country, figures in the Pandora Papers over a clutch of offshore companies incorporated by its founders Minal and Dinesh Vazirani.

Records of Panamanian law firm Alcogal show that in 2006, the Vaziranis registered a set of companies in the British Virgin Islands (BVI) and some were “in good standing” at least until January 2017.

The flagship entities registered were Saffronart Management Corporation; Brush Strokes Investments Corporation; and Blue Cube Investments Limited. Data shows that there were cross-holdings between these entities with a high value of shares issued over the years.

Records of Beneficiary Owners show Dinesh Vazirani as the BO of Brush Strokes and Minal Vazirani of Blue Cube. Other offshore entities linked to Saffronart are Matchstick Investments Corporation (registered in 2006 in the BVI) and Mauritius company Planet Saffron Management Company LLC — the latter was subsumed and merged into Saffronart Management Corporation in 2012 after a board meeting in Mauritius.

Planet Saffron Management Company’s net assets, records show, are declared as $1.68 million. The “service address” for Saffronart Management Corporation is given as Neuchatel, a town in Switzerland.

In an email to The Indian Express, Dinesh Vazirani said: “Saffronart as a group has business interests in various countries across the world. All the companies within the group have been set up with strict adherence to the laws of their operational jurisdiction. Furthermore, all the legal and tax disclosures required under Indian regulation have been made with respect to these companies.”