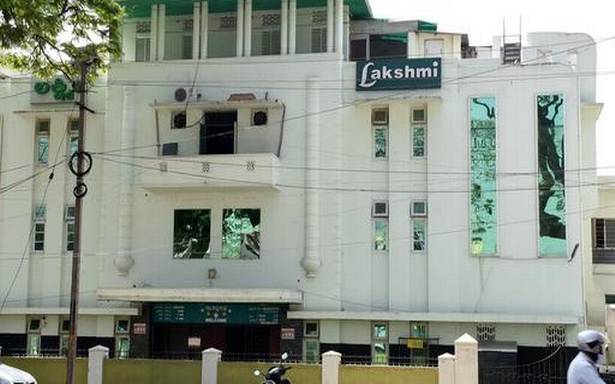 30 theatres in Karnataka, including three in Mysuru city, permanently shut down; stakeholders regret lack of relief to crisis-hit industry

Karnataka’s single screen theatres that once used to be the heart of the cinema business are facing the serious risk of slipping into oblivion with the first and second waves of COVID-19 sounding the death knell to the show business. With no hopes in sight, the exhibitors are opting to permanently shut down theatres, unable to bear the losses.

More than 30 single screen cinemas have been shut down in the State and three alone in Mysuru city, which was once the second largest cinema revenue earning centre, after Bengaluru city.

Lakshmi Theatre, which was into show business for the last 70 years in Mysuru, announced its closure with no prospects of early revival of the industry. Shanthala and Sree Nagaraj are the other two theatres that ceased business.

“If pandemic is one of the key reasons, too many taxes and lack of relief from the government though the theatres were in dire straits with no business for over a year are driving many single screens to permanently stop operations. The single screen cinemas may become -nonexistent in the next few years if the government doesn’t come to their rescue,” says M.R. Rajaram, Vice-President, Karnataka Film Exhibitors’ Federation.

He told The Hindu that the future for single screens in the State, unlike those in neighbouring States, is very depressing. “The pandemic and the zero relief to theatres unlike other sectors has sounded the death knell to the show business.”

In Mysuru, a few more single screen theatres are planning to shut down. “One of them is planning for an outright sale of the theatre, unable to tolerate the crisis,” Mr. Rajaram said.

From 21, the theatres’ numbers have dropped to 10 in Mysuru. More than seven have been shut down in Mysuru in recent years. In the State, the theatre’s number stands at 538 from 600-plus till a few years ago. “I think about 35 to 40 theatres may not be keen to reopen even if the current curbs are lifted and theatres are allowed to operate in the coming months because of uncertainty in the business,” Mr. Rajaram argued.

Mr .Rajaram, who is also the Secretary of Mysuru Film Exhibitors’ Association, said none of the exhibitors’ representations to the government had been considered. “When the governments in neighbouring States can give relief in taxes, including property tax, to theatres owing to COVID-19, why not our government,” he asked.

The exhibitors are not seeking loans or financial aid but waiver of taxes.

In Mysuru, exhibitors are asked to renew their trade licence annually though it is usually renewed once every five years. “Our concerns have not been addressed since many years though we are one of the highest tax payers. The authorities have turned blind to our problems,” he said.

Jayant of Lakshmi Theatre said the best days for single screens are over and the younger generation is not keen to run the business with myriad problems affecting the business.

“The audience is not the same now. Amidst the fears of a third wave, there appears to be no early revival for the business. And we cannot keep maintaining the property with zero income. We don’t know the future of the cinema business with the rise of OTT platforms,” he opined.

Unless there are big releases with big star cast, the theatres may not prosper like before. Amidst the unhealthy competition, the smaller players struggle to alter the trends and counter challenges. “Therefore, we decided to close business,” said Mr .Jayant, explaining the show business’s predicaments