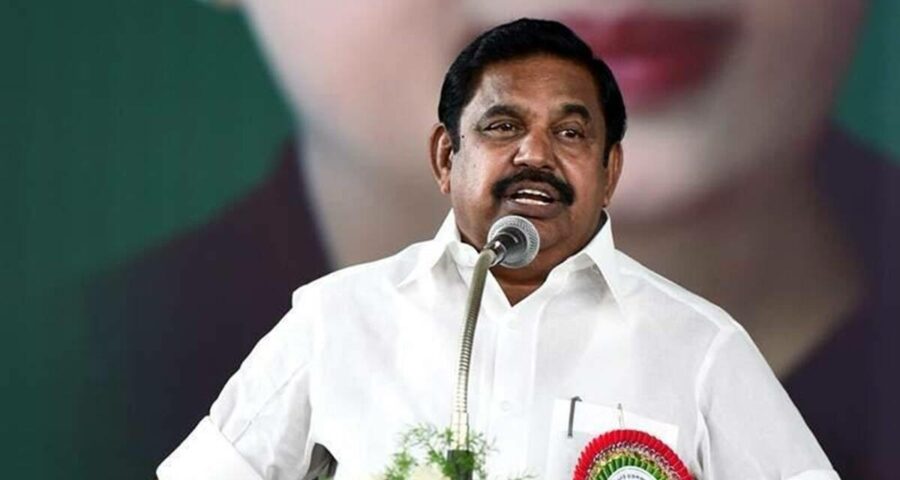 Tamil Nadu Chief Minister Edappadi K Palaniswami added that the DMK's manifesto was also 'misleading' as Stalin has promised waiver of farm loans. EPS pointed out his government has already waived Rs 12,110 crore obtained from cooperative banks and even the receipts have been provided to the persons concerned. Tamil Nadu Chief Minister Edappadi K Palaniswami on Tuesday took a swipe at the DMK over poll promises, saying a party should give only those assurances that could be implemented.

Recalling then DMK chief, the late M Karunanidhi’s 2006 poll promise of providing two acres of land free of cost to all landless farmers in the state, Palaniswami asked if the party fulfilled its assurance.

“Did they give. No. (DMK president MK) Stalin is desperate to get people’s votes by fooling and confusing them,” he said at an election rally at Aranthangi in this district.

He said Stalin’s wish would not be fulfilled, implying people won’t vote for him.

In an apparent dig at the DMK over the 500 assurances made in its poll manifesto for the April 6 elections, the AIADMK joint coordinator said “it is ok if promises that can be implemented are made.”

“If unimplementable assurances are made, they can never be fulfilled,” he said.

He recalled late chief minister J Jayalalithaa had during the 2011 elections promised to provide free mixer, grinder and table fan, if voted to power, and “implemented” it.

The DMK’s manifesto was also ‘misleading’ as Stalin has promised waiver of farm loans, Palaniswami said and pointed out his government has already waived Rs 12,110 crore obtained from cooperative banks and even the receipts have been provided to the persons concerned.

“DMK’s manifesto is one that fools people,” he added.

The AIADMK’s manifesto, which among other populist measures promises free washing machines and solar stoves, was aimed at all-round benefit, he said.

Questioning Stalin’s assertion of redressing people’s grievances within the first 100 days of assuming office if voted to power, Palaniswami wondered what was the DMK leader doing as deputy chief minister and minister earlier.

Ridiculing DMK ally Congress, he alleged that the party ‘pleaded’ with its alliance leader for seats and got 25 of them.

However, the AIAMDMK has forged a mega alliance, Palaniswami said.