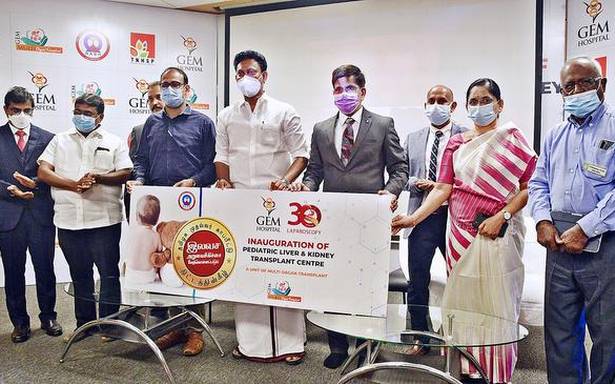 Launching the centre, Mr. Poyyamozhi urged people to benefit out of the Chief Minister’s Comprehensive Insurance Scheme that covered many high-end procedures in private hospitals too.

He said health and education were two of the focus areas of the DMK government.

The government took a decision on the opening of schools, taking views of experts on the education and the health of students, he said.

Gem Hospital chairman C. Palanivelu said minimally invasive liver donation was becoming popular and Korean Taiwan were the leaders. A small segment of the donor’s liver, around 30% from the left lobe, was taken in the laparoscopic procedure. The donor would get back to routine life in a day or two. After donating a liver, the same parent was able to look after the child easily.

Mr. Poyyamozhi gave away prizes to winners of childhood obesity awareness programme conducted by the hospital.