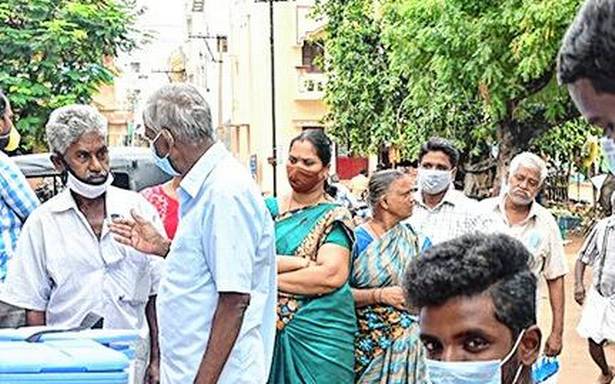 The district administrations in Vellore, Tiruvannamalai, Ranipet and Tirupattur altogether vaccinated more than one lakh persons in the third mega vaccination camp that was held between 7 a.m. and 7 p.m. on Sunday.

Among the four districts, Tiruvannamalai set up 1,017 camps, vaccinating 64,321 persons, including 27,197 from Cheyyar block.

This is less than the second mega camp that was on September 12, where 77,085, including 35,000, who took the second dose, were vaccinated. At present, the district has a total of 19.62 lakh people aged over 18. More than 11 lakh persons had been vaccinated in the district at the end of the third camp.

In Vellore, 804 camps were organised covering 247 villages, four town panchayats and two municipalities. More than 20,000 persons were vaccinated. The district has a population of 13 lakh persons, who can be vaccinated.