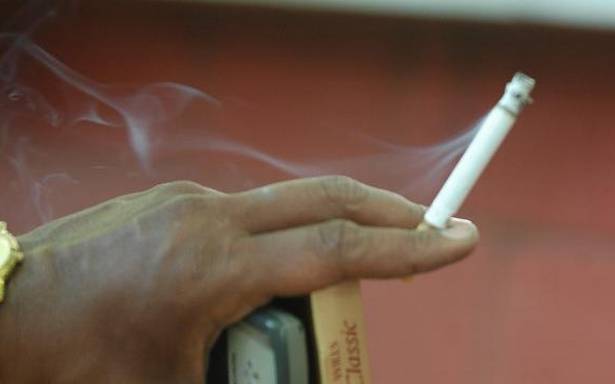 More than 29% of students in India were exposed to second-hand smoke, said the Global Youth Tobacco Survey (GYTS-4), India, 2019, which was released by Health Minister Mansukh Mandaviya on Tuesday.

The National Fact Sheet said there has been a 42% decline in tobacco use among 13-15 year-old school going children in last decade. It added that use of any form of tobacco was higher among boys and tobacco use among school going children was highest in Arunachal Pradesh and Mizoram and lowest in Himachal Pradesh and Karnataka.

The report also found that 38% of cigarettes, 47% of bidi smokers and 52% of smokeless tobacco users initiated the use before their tenth birthday. The median age of initiation to cigarette and bidi-smoking, and smokeless tobacco use were 11.5 years, 10.5 years and 9.9 years respectively.

Releasing the report, the Health Minister emphasised the role of teachers as most crucial in creating awareness among children and their parents about harm due to tobacco use and for shaping the attitude of children in this regard.

He said, “The more and the sooner, we create awareness among children about harms due to tobacco use, the better will be the outcomes in terms of reduction in prevalence of tobacco use among children and consequently among adults.”

Harmful effects of tobacco use should be incorporated in school curricula at various levels starting right from the primary school level, he added.

The fourth round of Global Youth Tobacco Survey (GYTS-4) was conducted in 2019 by the International Institute for Population Sciences (IIPS) under the Ministry of Health and Family Welfare (MoHFW).

The survey was designed to produce national estimates of tobacco use among school going children aged 13-15 years at the State level and Union Territory (UT) by sex, location of school (rural-urban), and management of school (public-private). The first three rounds of GYTS were conducted in 2003, 2006 and 2009.

A total of 97,302 students from 987 schools (public-544; private-443) participated in the survey. Of which, 80,772 students aged 13-15 years were considered for reporting. The objective of the survey was to provide information on tobacco use, cessation, second-hand smoke, access and availability, exposure to anti-tobacco information, awareness and receptivity to tobacco marketing, knowledge, and attitudes.