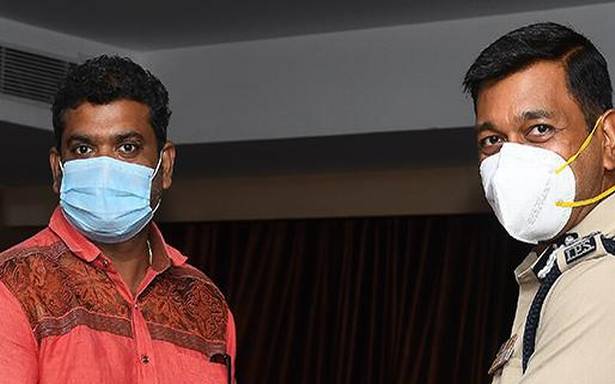 The police have recovered 1,382 mobile phones that were reported to be either missing or stolen and handed them over to their respective owners on Tuesday.

City Police Commissioner Mahesh Kumar Aggarwal handed over some of the recovered phones to their owners. Deputy Commissioners in 12 police districts in the city handed over the rest of the mobile phones.

Mr. Aggarwal said, “People were upset after losing their mobile phones as so much crucial data, including personal pictures, are stored on them. Though the missing of phone cannot be taken as crime, police personnel duly receive the complaints of the public and act on those complaints.”

Using cyber crime cells, all complaints of snatching or missing mobiles phones were taken up for investigation. “We have followed all those complaints. Using IMEI numbers, we have tracked phones and recovered 3,962 mobile phones since July 2020. The financial value of those recovered items could be around ₹4.39 crore,” he said.

Mr. Aggarwal said the special initiative to trace missing and stolen mobile phones with the help of cyber crime cells began in July 2020.

He said the cyber crime cells in all 12 police districts were functioning under the direct supervision of the respective Deputy Commissioners. He added that the cells have received 7,400 complaints. Over ₹2.80 crore cash lost to online fraudsters had been retrieved and returned to the complainants so far. Seven call centres which were indulging in fraudulent acts were sealed, he added.