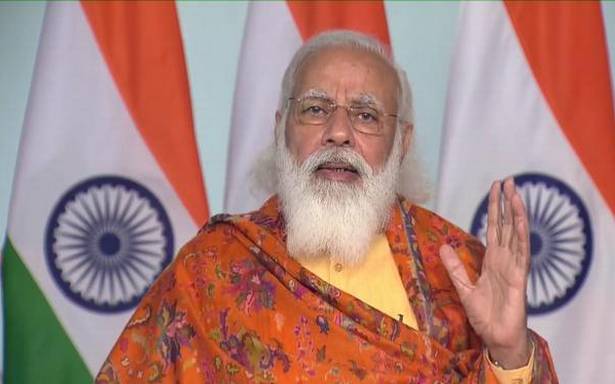 Prime Minister Narendra Modi on Tuesday addressed the valedictory session of the second National Youth Parliament. Here are the salient points from his speech.

“The government is working on giving the youth the opportunities they see abroad,” said the Prime Minister.

“The next 25-26 years are very important as we go towards 100 years of Independence in 2047. This is also the golden period of your lives, give importance to the country,” PM told the youth, adding that “like every field, politics also needs the youth.”

“Earlier, families used to think young people interested in politics were getting spoilt. But today, people of the country are supporting honest politicians,” he said. “Now even elected representatives have understood that they need to have a strong CV if they want to go to the next election. The biggest problem in politics is dynasty. Instead of ‘nation first’, dynasty focuses on ‘me and my family’. Such people have no fear of the law,” he said. He appealed to young people to join politics.