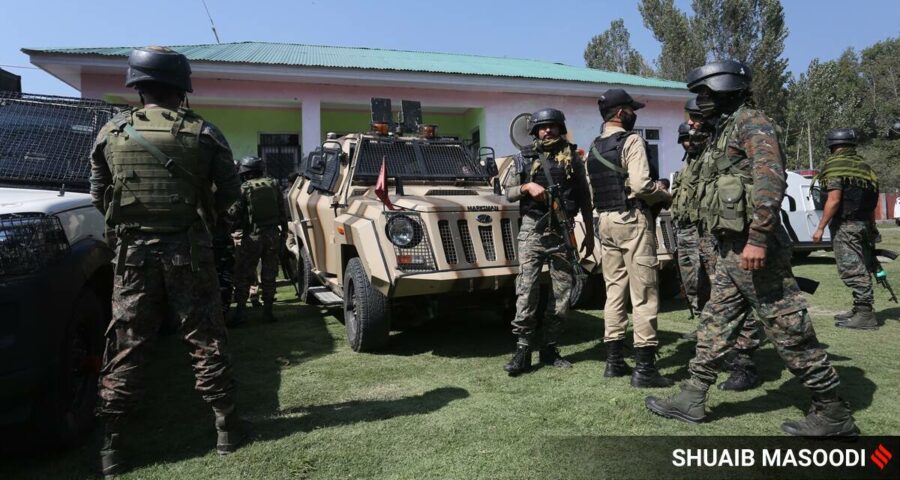 The reaction by the Opposition comes on a day two government school teachers were shot dead by militants in Eidgah area of Srinagar. A total of seven civilians have been killed by militants in Kashmir Valley in the last five days. Opposition leaders on Thursday condemned the targeted killing of civilians in the Kashmir valley and alleged that the central government has completely failed to provide security to the people of Jammu and Kashmir.

Congress leader Rahul Gandhi said that terrorism has “neither stopped due to demonetisation” nor after the “abrogation of Article 370” in Kashmir.

“Incidents of violence are increasing in Kashmir. Terrorism has neither stopped due to demonetisation nor after the abrogation of Article 370 – the central government has completely failed to provide security,” the Congress leader said in a tweet in Hindi.

Gandhi’s tweet came on a day two government school teachers were shot dead by militants in Eidgah area of Srinagar. A total of seven civilians have been killed by militants in Kashmir Valley in the last five days.

Earlier this week, a prominent Kashmiri Pandit businessman, who ran two medical stores in Srinagar including one started by his family in 1947, was among three persons killed in a series of attacks by suspected militants. A street food vendor in Srinagar, who hailed from Bihar, and a taxi stand association president in Bandipora were also killed in the attacks.

Aam Aadmi Party leader Sanjay Singh termed the killing of the two teachers as “heart-wrenching”. Taking a jibe at the BJP government, he asked, “Why are those who beat their 56- inch chest silent?”

National Conference leader Omar Abdullah also condemned the incident. “Shocking news coming in again from Srinagar. Another set of targeted killings, this time of two teachers in a Govt school in Idgah area of the city,” Abdullah tweeted.

“Words of condemnation are not enough for this inhuman act of terror but I pray for the souls of the deceased to rest in peace,” he added.

Jammu and Kashmir Apni Party (JKAP) chief Altaf Bukhari said there is a need to ponder whether the ground and human intelligence has failed or the enemy has become sharper and more organised.

Bukhari, who has been spearheading political activities in Jammu and Kashmir since the abrogation of its special status by the Centre, also warned that any further “delay in the revival of grassroots democracy will only lead us to mayhem, which we have started witnessing.” “My head hangs in shame. I do not know how to face the family of Bindroo. I do not how to face the vendor (Virender Paswan) or the person killed in Bandipore. This is simply inhuman,” Bukhari was quoted as saying by PTI.

He said it was shocking that seven civilians had been killed in the last five days in Kashmir.

“It seems members of the minority community, as well as outsiders, were being targeted as part of a new terrorist action plan. The UT administration needs to re-evaluate its security strategy immediately to meet this new challenge,” Badal said in a statement.

Meanwhile, Srinagar Mayor Junaid Azim Mattu said that elements backed by Pakistan were behind the attacks. Appealing to all the communities to stand together, Mattu said, “Kashmir belongs to people of all religious beliefs”.

Union minister Mukhtar Abbas Naqvi said the government will smoke the perpetrators “out of their holes and hold them accountable”.

“These attacks on innocent civilians by the radicals not only exposes the hollowness of their beliefs, it also reveals the boiling frustrations of their masters across the border due to the normalcy in the valley,” he said in a tweet.