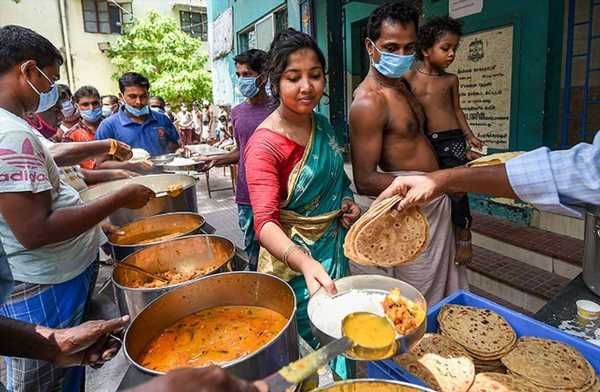 As some BJP pollsters concede, the Modi leadership’s sweeping success in elections 2019, especially across central India, owed not to Hindutva ideology, but to welfare schemes, all of them borrowed from Tamil Nadu, reveals N Sathiya Moorthy.

Kindly note the image has been published only for representational purposes.

The Supreme Court’s direction for the Centre to come up with its firm view on the issue of freebies coupled with Chief Justice N V Ramana’s observation that parties in power could implement schemes of their choice whereas even they cannot announce any of them pre-poll, raises multiple questions.

At the bottom of the pyramid is the question if freebies as commonly understood is an elitist construct that belittles the Indian State’s initiatives at helping the socio-economically under-privileged to climb up the ladder, as has been demonstrated in southern Tamil Nadu, over the past hundred years — and is continuing.

A day after the Supreme Court hearing in the matter, Tamil Nadu Chief Minister M K Stalin launched a pilot project on free breakfast for government primary school children — with the intention to expand it to the state as a whole.

It is a takeoff from the free noon meal scheme in the state, which elite economists and even a section of the state/central bureaucracy frowned upon when introduced by then chief minister M G Ramachandran in 1982, but adapted it as a national scheme long after UN agencies began recommending it for other Third World nations.

The history of the noon-meal scheme apart, studies have shown how it has helped in quenching hunger in poor homes, added nutritional value, especially with the addition of grams, eggs and fruits, discouraged school drop-outs, who often took to anti-social activities and/or joined militant groups like Naxalites.

The question is if the free breakfast and noon-meal schemes constitute ‘freebies’ as left undefined by critics, and the character of which could be determined only post facto as in the latter’s case.

To the meal scheme, inherited from the predecessor Congress government since the Kamaraj era in the mid-fifties, Tamil Nadu has free education for school children, expansion of health facilities through opening up medical colleges with hospitals in every district — the last batch of 10 cleared and inaugurated by Prime Minister Narendra Modi a few years ago — free rations, free cooking gas, free mixers and grinders — and a failed experiment of free television sets, boots (which only failed because of poor quality and allegations of corruption).

As chief minister, Karunanidhi and Jayalalithaa introduced free bicycles and laptops for school children, adding to the free uniforms and books scheme for the poor and needy from the fifties.

As incumbent chief minister, Stalin struck off Jayalalithaa’s free two-wheeler scheme for women after the predecessor government of Edappadi K Palaniswami accumulated a huge backlog of applications, and replaced it with free bus transport for all women across the state. 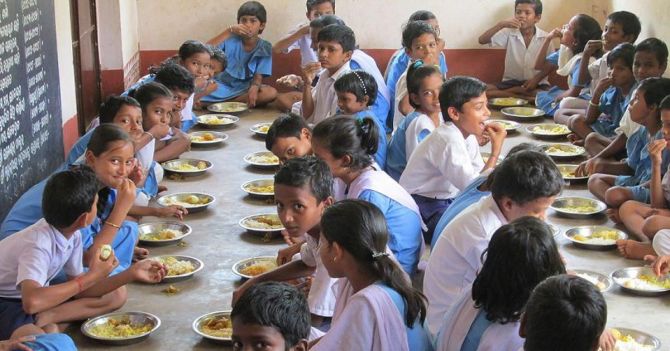 In defence of what is projected as the ‘Dravidian model’ of development, as christened by Stalin more recently, but with universal application in the state and across the country, including the Centre, it is said that none of these are ‘freebies’ as often criticised, but are welfare schemes that facilitate social uplift, stage by stage, up the socio-economic ladder.

The state’s fast-track forward movement in urbanisation quotients in the country owes to this, and both have been feeding off each other since.

Even those from outside the Dravidian political background point out how successive governments at the Centre have adapted the state’s scheme as its own, with a wider, reach.

As some BJP pollsters readily concede in private, the Modi leadership’s sweeping success in elections 2019, especially across central India, owed not to the ruling BJP’s Hindutva ideology and implemented aspects of the agenda, but to welfare schemes like free housing, free cooking gas and the like, all of them borrowed from Tamil Nadu.

While defining freebies for official and legal purposes, and distinguishing them from welfare schemes is a tad difficult even for the Supreme Court with whatever expert inputs it could summon, there could be a basic constitutional question falling under Article 14: ‘Equality before the law and equal protection of the laws’.

The obiter dicta that governments could implement such schemes but political parties could not announce them in the poll manifesto puts ruling parties at an unequal advantage, so to say.

Also, in democracies, elections are fought, won or lost, based on the voter evaluation of what is on offer, comparatively.

If parties cannot spell out what they intend doing on the social and societal front if voted to power, what are the other markers that the voter could count on to make his decision?

Of course, there would be the voter-evaluation of the incumbency factor, but that again in complicated, to say the least.

This was the burden of the problem that the Election Commission faced after valiantly calling a meeting of political parties to discuss and decide on the issue of freebies some years back only to give it up, precisely for this and other reasons.

All this still does not help distinguish between freebies and welfare schemes, for any authority to draw the line.

The question is if a party in government can pass off freebies as a welfare package, forcing the Opposition to criticise it for the sake of criticism, and only to replace it with another one of their own when they come to power?

Or, add to them, as successive Dravidian governments have done to MGR’s nutritious noon meal scheme, if only to outdo the predecessor… 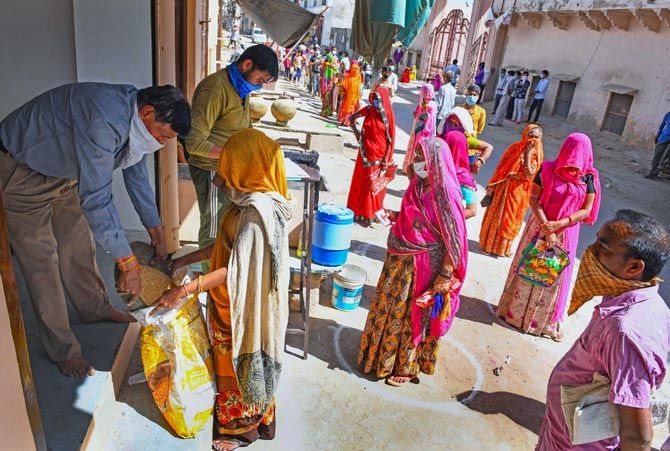 More than other states, their polity and society, Tamil Nadu will be watching the Supreme Court proceedings, now that it has made it to national headlines.

The chances are state governments like those in Tamil Nadu, and even registered parties like the DMK and AIADMK, the BJP and Congress, not to rule out those from other states, would seek to implead themselves in the case, possibly from the next hearing on.

For, even the state’s opposition to NEET examinations, as ordained by the Supreme Court for medical college admissions, flows from the cumulative Dravidian political conviction that the poor and the needy in rural and urban areas require near-similar medical care as the rich and affordable, what with five-star private hospital culture taking roots in the state, over the decades after economic reforms.

The idea behind facilitating more rural students, as learnt from experience, is that they, and they alone (if at all), would be ready to serve in their own backyards.

Fixing PG medical quota for government doctors also derives from it, as Tamil Nadu stands tall, alongside Scandinavian countries, in the number of doctors per thousand population.

Already, the state assembly, both under the previous AIADMK government and now under the DMK, has passed separate resolutions/ Bills, seeking exemption from the Centre’s NEET law, which formalised the Supreme Court verdict.

The Bill is pending before the President (read: Centre) after a heated political row ensued when Governor Ravindra Narayan Ravi supposedly sat on it without forwarding the two-time passed Bill upwards.

The state’s opposition to NEP is also based on near-similar arguments.

The question also arises if rural medical care — and, hence medical education facilities for rural students, who do not have the educational and financial resources to compete with their middle and upper middle class urban counterparts, who alone can access multiple tutorials for facing NEET with confidence — amount to freebies or social welfare notwithstanding the Supreme Court order for standardising medical admissions to an upgraded national level, as claimed.

Or, are such perceptions as arbitrary as the choice of freebie schemes, or branding any scheme as a freebie and condemn it?