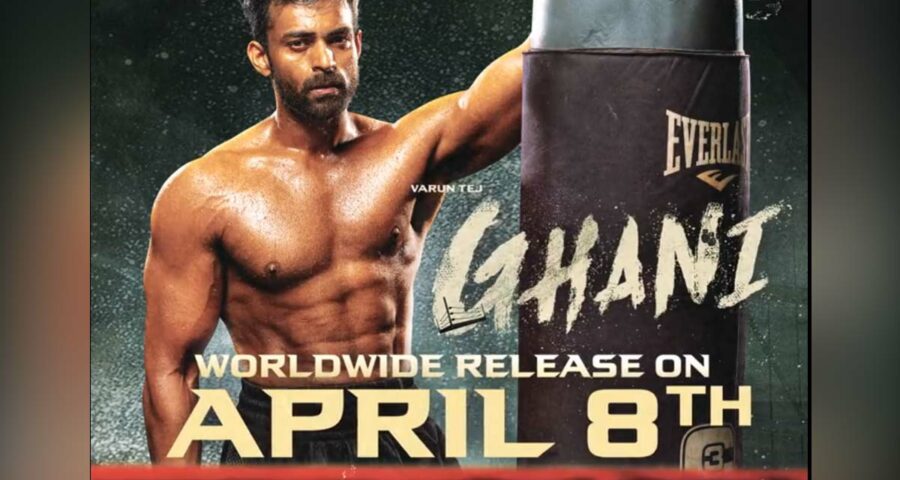 Mega Prince Varun Tej  is currently working for a sport based drama Ghani,   which is based on boxing. The movie is written and directed by Kiran Korrapati.   The entire shoot of the film has been wrapped up and  it has also completed the censor formalities. The movie has cleared with a U/A certificate by the Censor Board of Film Certification. Today morning the makers of Ghani officially announced that the movie will be released on 8th April 2022.

Earlier the Ghani team revealed that the film would either release on February 25 or March 4.  But today once again they announced a new release date. The movie  Ghani has been pushed multiple times due to the coronavirus pandemic.

Saiee Manjrekar is on the board to play the female lead.   Kiran Korrapathi’ magnum opus also has versatile actor  Jagapathi Babu, Suniel Shetty, Upendra,  and Naveen Chandra in the supporting roles  milky siren Tamannaah Bhatia  will make her screen presence in  a special appearance in the item number Kodthe.

Varun Tej starrer Ghani is funded by Renaissance Pictures and Allu Bobby Company and it has the music by S Thaman.  George C Williams is the cinematographer and Marthand K Venkatesh is the editor.