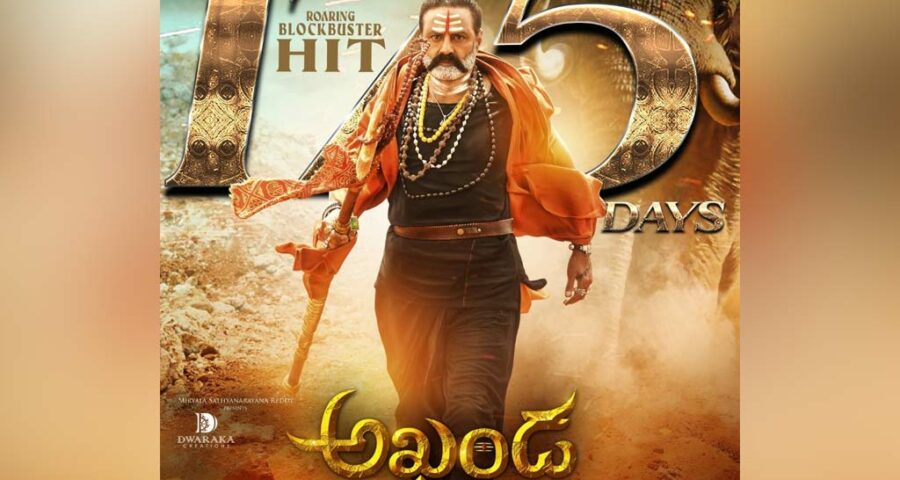 Tollywood box office has seen a proper hit for the first time in a long while, and it all started with Nandamuri Balakrishna and Boyapati Srinu’ blockbuster drama ‘Akhanda’. In some theatres, the film also completed a 100 days run at the box office in the month of March.

The fans of Balayya fans are thrilled following this achievement. Many say that those days are gone when films used to run for 50 or 100 days at theatres. Fans are proud of the fact that Lion star has proved this notion wrong.

Boyapati Srinu’  Akhanda has Pragya Jaiswal as the leading lady and  Meka Srikanth, Jagapathi Babu, Shivakarthik and others are playing the important roles.

Akhanda makers the third collaboration of Balakrishna with Boyapati after the blockbuster movies Simha and Legend.

Nandamuri Balakrishna is now working under Gopichand Mallineni of  Krack fame for their highly-anticipated mass entertainer which has  Gabbar Singh fame actress Shruti Haasan in the female lead role.