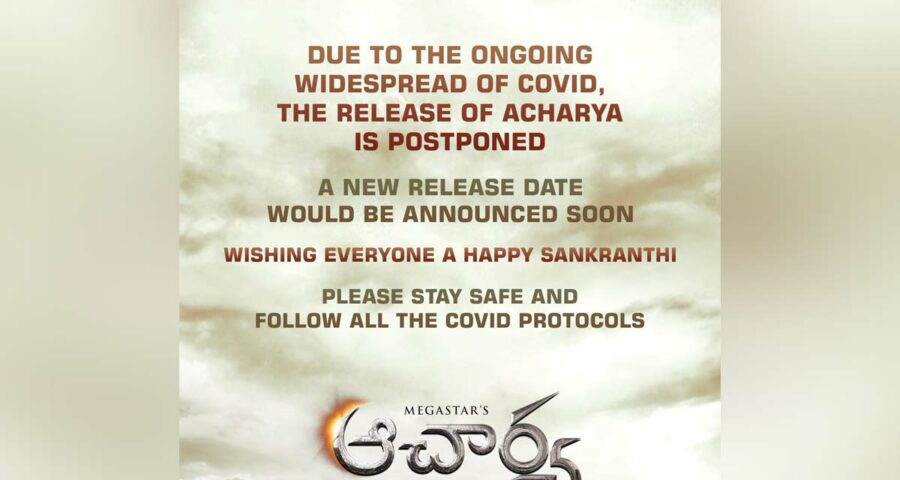 It has been officially confirmed that the release of Acharya  is postponed due to the increasing Covid-19 cases in the country. The makers of Acharya confirmed the same by releasing a statement on the Twitter that read, “Due to the ongoing widespread of Covid, the release of Acharya is postponed. A new release date would be announced soon. Wishing everyone a happy Sankranthi. Please stay safe and follow all the Covid protocols.” The movie was slated to hit the theaters on 4th February but now the release  has been postponed. The  official announcement regarding the new release date will be made very soon.

On the otherside, Chiranjeevi is also working for Godfather and Ram Charan is awaiting for the release of  Acharya.