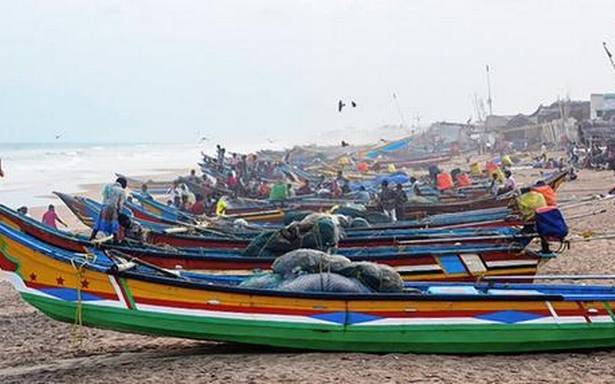 Odisha is gearing up to deploy 66 units of the State Disaster Rapid Action Force, 22 units of National Disaster Response Force and 177 fire service teams as cyclone Yaas is likely to hit the coast on May 26.

According to the India Meteorological Department (IMD)bulletin, a low pressure area has formed over east-central Bay of Bengal on Saturday. “It is very likely to concentrate into a depression over east-central Bay of Bengal by Sunday morning. The system may intensify into a cyclonic storm by May 24 (Monday) and further into a very severe cyclonic storm during the subsequent 24 hours,” says the bulletin.

As per the prediction, it would continue to move north-northwestwards, intensify further and reach north Bay of Bengal near West Bengal and adjoining north Odisha and Bangladesh coasts around May 26 morning.

Analysing the track of the system, the State government has forecast that 14 districts could be impacted.

Chief Minister Naveen Patnaik held a high level preparatory meeting attended by top officials and collectors and superintendents of police of the districts through video conferencing on Saturday.

“Odisha has expertise in managing disasters as it faces cyclone every year. The situation has got further complicated due to COVID epidemic. Considering the situation, the administration will remain fully prepared and ensure a flawless preparation process,” said Mr. Patnaik.

A large number of additional shelter buildings have been identified for accommodating people observing COVID-19 protocol. Three government functionaries will be in charge of each shelter. Panchayati Raj institution representatives and women self help group members would be roped in for evacuation and shelter management.

Mr. Patnaik emphasized on evacuation of people from affected areas and instructed officials that supply of oxygen within and outside States should not be disturbed.

There should be uninterrupted power back-up, buffer oxygen reserve and stocking of medicines and other essential items for all COVID-19 hospitals and other medical institutions during emergency situation that may arise in the event of cyclone hitting the State, he instructed.

Apart from deployment of disaster response teams, 35 special tree cutting teams would be stationed at different places ahead of cyclone.

Special Relief Commissioner P. K. Jena said the path of cyclone would become clearer by Sunday evening. All fishermen, who were deep inside sea, have returned to coast.