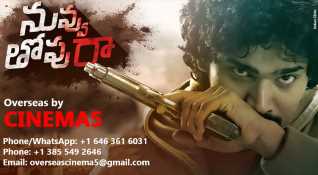 The film is high on emotion with required drama, love story, action and thrilling sequences. It has an ensemble cast of both Indian and American actors which provides freshness in contrast to the various Telugu films which were shot in US.

This film was shot majorly in Salt Lake City, UTAH and surroundings which is a first time for any Indian feature film which in turn gives a new perspective to the Telugu films shot abroad/especially US. We have shot in the iconic places like MOAB, Bonneville Salt Flats, Bryce Canyon etc. Also, the remaining film was shot in virgin locations of Hyderabad.

The film is also technically high in terms of music, lyrics and visuals.The audio is being released by the famous label Aditya Music.

Technical Crew consists of high expertise people from the Indian industry as well as people from Hollywood.

The teaser of the film was released by the youngest superstar of Telugu film industry Arjun Reddy fame “Vijay Deverakonda” which became a talk of the town when released.

Cinema5, LLC is releasing the movie in the entire Overseas. USA Premiers and the release date of the movie along with the theater list will be announced very soon.

Cinema5, LLC partners Sridhar Chillara (TV 5/Mana TV CEO) and LG Mohan would like to thank the Producers SrikanthDaduvai, Dr James Watt Kommu for giving us this opportunity to showcase a different
thriller drama to the overseas audience.

For exhibition rights in USA & Rest of the World. Please contact us: