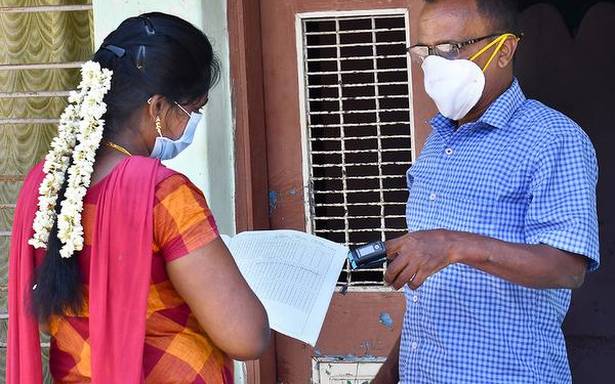 The fever survey workers involved in preventing COVID-19 may soon be gradually relieved of their tasks.

Though the civic body is yet to decide on the trimming of the survey workers, a sequence of events — the phased unlocking, the number of active cases coming below 1% and TPR dropping to 2.5% — have spurred thoughts on resizing.

With the city slowly being unlocked for commercial activities, people have started going back to work.

A senior official of the civic body said around ₹14 crore was being spent as salary for the more than 12,000 survey workers every month. But with the cases having come down drastically from the peak of more than 50,000 in May to less than 7,500 this week, a decision to scale down the workforce would be taken in the coming days.

Before taking a call on laying off these survey workers, the civic body plans to get feedback from all the stakeholders, including the views of the residents and members of the health committee.

A Health Department official said normally any decision would be taken based on the views of senior officials but in this particular subject, the Commissioner had sought reports from local officials in all zones.

The civic official pointed out that with a third wave also being predicted, it would not be prudent to lay off the entire fever survey workforce.