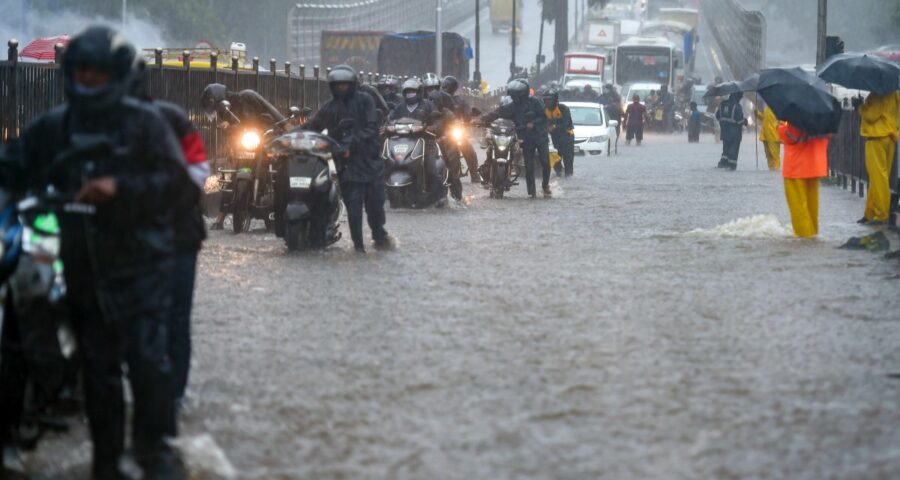 ‘It is the most prone month for the development of cyclones in the pre-monsoon period.’

In an interview with Ramani Ranjan Mohapatra, the IMD chief talks about the onset of monsoon, rainfall distribution, the increasing trend of tropical cyclones over the Arabian Sea, and the reason behind the rising sea level.

The IMD had said southwest monsoon was delayed and likely to hit the Kerala coast by June 3. But a private agency announced the onset of monsoon in the state. What explains this difference?

The normal date of the southwest monsoon setting over Kerala is June 1, with a standard deviation of plus-minus five days. Therefore, it is not delayed if the rain sets in on June 3.

The forecast issued by the IMD is scientific, based on an objective criterion, and considers the strength of monsoon winds in terms of their speed and depth in the atmosphere. It considers its impact in terms of the cloudiness and rainfall occurring over the region.

When all these conditions are satisfied, monsoon will be declared.

According to our earlier prediction based on a long-range forecast, we predicted that it would set in on May 31. However, while analysing all the parameters and the model predictions, we revised our forecast to June 3.

The IMD has updated its forecast that India is likely to receive 101 per cent of the long period average this year. What about rainfall distribution across India?

For the first time in the history of IMD, we have provided rainfall distribution across the country.

The rainfall distribution was issued in the first stage forecast issued on April 16. In the second forecast, we also predicted distribution across India.

Central India, which covers Odisha, Chhattishgarh, Maharashtra, Madhya Pradesh, and Gujarat, mainly depends on rainfall for agriculture. So for the first time, we have also predicted the forecast for the rainfed area. The rainfed area includes Rajasthan and Jharkhand, in addition to Central India.

In another initiative, we have predicted rainfall in June, which is likely to see normal rainfall.

Two cyclones have hit the western and eastern coasts in less than a fortnight. While they are frequent over the Bay of Bengal, there is an increasing trend of tropical cyclones over the Arabian Sea. What is the reason?

Of the five cyclones we experience in a year, four develop over the Bay of Bengal and one over the Arabian Sea.

They mostly develop during the post-monsoon season — between October and December. But there is nothing new in the formation of cyclones in May. It is, in fact, the most prone month for the development of cyclones in the pre-monsoon period.

Studies by members of international expert committees on the impact of climate change and tropical cyclones attribute the trend in the frequency of intense cyclones in the Arabian Sea to global warming or climate change.

We agree, but with low confidence. It is because the studies carried out so far show conflicting results.

Also, the number of cyclones that develop over the Arabian Sea is very rare.

However, studies have shown that sea surface temperature is rising and ocean heat content is increasing, which are favourable for the intensification of cyclones.

There have been conflicting reports over the exact landfall location of Cyclone Yaas. Would you like to clarify?

IMD’s forecast has never changed from the beginning. We have maintained that the cyclone will cross around Balasore between Paradip and Sagar Island in the north Odisha-West Bengal coast.

The red line, which is the most probable track we show along with the balloon, always hints at it just south of Balasore.

As the cyclone came close, we made it more specific that the centre will pass through between Dhamra and Balasore, and it happened so.

So there was no change in our forecast.

The problem is everybody wants to be a forecaster. The reason why some people were confused was because of the pseudo forecasting.

Those who have no expertise or are not mandated in cyclone forecasting go to the public for the sake of popularity, which gets the media attention.

Incidents of seawater entering villages during cyclones have increased over the years. What do you think is the reason and how should states prepare for this?

Cyclone Yaas was a very severe cyclonic storm. Our storm surge model predicted the surge will be above 4 metres when the cyclone was approaching.

Also, the day when the cyclone hit the coast was a full moon day, because of which the sea swelled and astronomical tide became maximum.

The sea level is rising because of climate change, adding to the tidal waves when a cyclone is crossing the coast.