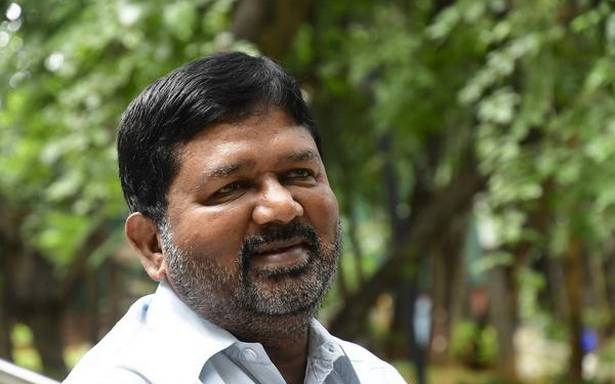 He had been admitted to the Manipal Hospitals for over a month and was on ventilator support for several weeks. He is survived by his wife, who also was afflicted by the infection but recovered, a son and a daughter.

Born in 1953 in Manchanabele, Magadi, Dr. Siddalingaiah was one of the prominent Dalit voices of the State and was one of the co-founders of Dalit Sangharsh Samiti, along with Prof. B. Krishnappa, Devanuru Mahadeva and K.B. Siddaiah in 1974.

He emerged as the fiery voice of the Dalit world in Kannada with his debut poetry collection Hole Madigara Hadu in 1975. His poems Ikrala, odirla .., Yarige bantu, ellige bantu nalavattelara swatantrya?, Ninne dina nanna jana …, have attained cult status and have been anthems of the Dalit movement in Karnataka.

However, in later years, the tone of his writing changed, especially with his three part autobiography Ooru Keri, first published in 1997. This occupies a special place in the canon of Dalit autobiographies in the country, for its use of humour and irony. Critique D.R. Nagaraj called it “the power of poor people’s laughter”. Dr. Siddalingaiah had moved away from the DSS in recent years.

Dr. Siddalingaiah taught Kannada at Bangalore University. He was nominated as a member of the Karnataka Legislative Council for a term in 1980s. He was awarded Pampa Award, the highest literary award of the State, in 2019, Rajyotsava Award in 1986, and he chaired the 81st Kannada Sahitya Sammelana held in Shravanabelagola in 2015.