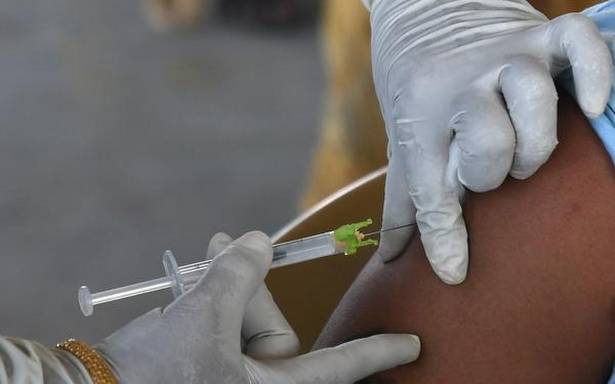 Only two to three districts in Tamil Nadu have stocks of COVID-19 vaccines, while there is nil stock in the remaining 34 districts, Ma. Subramanian, Minister for Medical and Family Welfare said.

The 5.5 lakh doses of vaccines that were received earlier were distributed to districts in 10 hours. In the last three days, these vaccines were administered, including in rural parts of Tamil Nadu. This particularly covered tribal areas, the Minister said.

Referring to the Prime Minister’s announcement that the Centre would supply vaccines for persons aged above 18 years from June 21, the Minister said that more vaccines should be supplied, and the supply should be based on population.