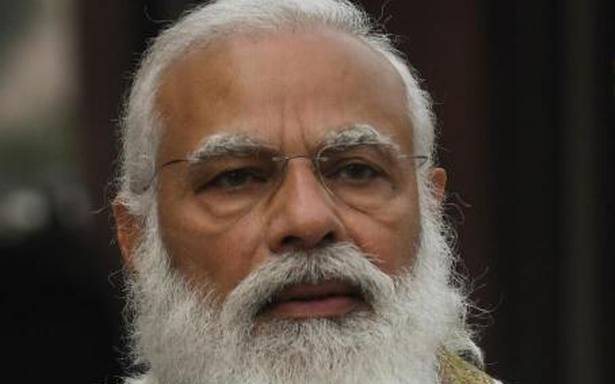 Compilation of data would divert resources, says response to RTI

Information on the number of trusts (both public and private) that Prime Minister Narendra Modi heads by virtue of his office (ex-officio) is not maintained by the Prime Minister’s Office.

The compilation of this information from different units-files would disproportionately divert the resources of the PMO from the efficient discharge of its normal functions, said a reply to an application filed under the Right To Information Act, 2005.

Hemant Kumar, an advocate at the Punjab and Haryana High Court had sought information about the names of all the trusts (public or private) that are being headed by the Prime Minister by virtue of his office or the post, through online RTI with the PMO on January 19.

In its reply, the PMO on February 15, said, “The information available, if any, is not maintained in compiled form in this office. Its collection and compilation from different units-files would disproportionately divert the resources of the office from the efficient discharge of its normal functions, thereby attracting the provisions under section 7(9) of the RTI Act, 2005.”

As per section 7 (9) of RTI, Act, 2005, an information shall ordinarily be provided in the form in which it is sought unless it would disproportionately divert the resources of the public authority or would be detrimental to the safety or preservation of the record in question.

“While I am unsatisfied over the response, what is more surprising is that beneath the reply even the name of First Appellate Authority in the PMO has not been mentioned where I (RTI applicant), if not satisfied with the reply, can file first appeal… it’s a statutory right provided under the RTI Act,” said Mr. Kumar.