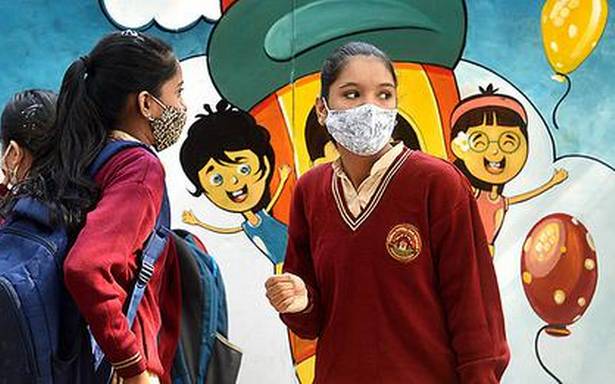 Students in Delhi can get admission in govt. schools without transfer certificates

Chief Minister Arvind Kejriwal on Thursday said there are no plans to reopen schools till the vaccination process is complete.

“We are seeing trends internationally that there will be a third wave of COVID. So, until the vaccination process is complete, we would not like to take risks with children,” Mr. Kejriwal said.

Deputy Chief Minister Manish Sisodia said no child will be denied admission in government schools in absence of a transfer certificate.

The move comes after he received several complaints from parents that private schools were not giving transfer certificates until the full fee is paid. The government announced the decision to ensure that students do not miss out on quality education due to financial losses arising out of the pandemic.

The Minister said students will be given admission in a government school and that the Education Department would ensure that the transfer certificate and other formalities be completed in a move to provide relief to parents.

“Some private schools are holding back transfer certificates and asking parents to deposit the full fee first. For this reason, many parents are unable to get their children enrolled in government schools. Taking cognizance in this regard, the Directorate of Education (DoE) has been asked to ensure that provisional admission is granted to students. Also, DoE officials should directly secure the transfer certificate from the private school concerned and parents need not worry about it anymore,” Mr. Sisodia said.