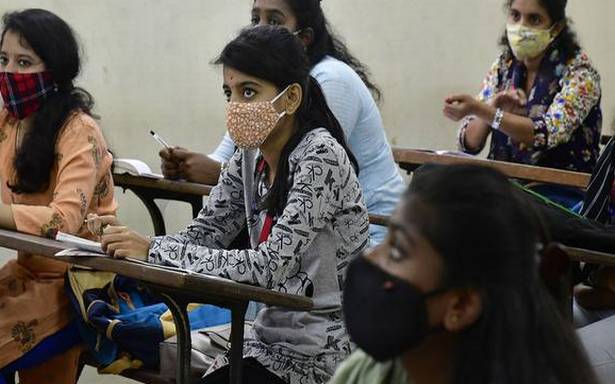 Karnataka’s Ministers and other Bharatiya Janata Party (BJP) leaders are currently outdoing each other in unchecked hate speech against women. A second-time Minister of Health, K. Sudhakar, speaking at a World Mental Health Day event at the prestigious National Institute of Mental Health and Neurosciences (NIMHANS) in Bengaluru, decided to expound on the “healing properties” of the “great Indian family”, and regretted that Indian women were either choosing to remain unmarried or not have children, or worse, have children using surrogacy. These bizarre and unrelated “facts” were not drawn from any of the (still fortunately reliable) National Family Health Surveys (NFHS), or even local regional data sets. When he did ground his remarks in the YouGov-Mint-CPR Millennial Survey, which clearly states there is no gender difference in these trends, he managed to change the foot in his mouth, asserting that the “traditional family” and its value system would be a solace to mentally troubled youth.

His assertions succeeded in giving his mates a chance to provide further “justifications” that were even more delusional. C.T. Ravi, the National General Secretary of the BJP, who has single-handedly coarsened the political discourse in Karnataka, chimed in to “qualify” this statement. Not all women were like that, he said, adding that only the “modern” ones, or those working in the Information Technology/Biotechnology (IT/BT) sector, lived in micro families and aped women in the U.K. and the U.S. In fact, the “mindset of modern women has broadened too much”, he helpfully added.

Karnataka Chief Minister Basavaraj Bommai, who had recorded with pride the alacrity with which his State’s police had acted in checking the “moral policing” of a woman in a burqa seen with a man (presumably of another faith), chose to justify such assertions of moral values when vultures of the same feather were involved. Such “actions and reactions” of Hindu male vigilantes, he said, speaking at Mangaluru in Dakshina Kannada, a region that has been severely polarised, were not just inevitable but necessary in order to check those “hurting sentiments in society”.

The latest round of misogyny, which has gone alarmingly uncontested by those very IT/BT women who are often the face of the State’s, and especially Bengaluru’s, flourishing economic profile, is part of a deepening public discourse on women. The new Home Minister, Araga Jnanendra, in his first reaction to the Mysuru gang rape incident in August 2021, did not hesitate to shame and blame the victim — an MBA student at that — chastising the couple for having visited those “dangerous” places. The University of Mysore obediently followed that “suggestion” of securing women’s safety by confining them to hostels after 6 p.m. (The order was quickly withdrawn).

Also read | Did not intend to single out women: Karnataka Health Minister

In Karnataka, as now in most of India, love is a four-letter word. Feminist historians, among others, have shown that the tired chant of a “culture in danger” or the “family in danger” has been repeatedly invoked over the last 150 years, particularly at times when women assert and claim their rights to education, jobs, safe public spaces, etc. “Family/tradition in danger” seems to be an inexhaustible capital for those who are alarmed by what Indian women have achieved, particularly hard won legal rights since the late 1970s. What we are witnessing is a backlash against the language of autonomy and rights through an invocation of nationalist and kinship ideals.

Such statements must not be isolated from other actions of the Karnataka Government. Karnataka recently decided to shut down close to 187 santwana kendras (mediation and counselling centres), set up in 2001 and easily among the most sought after services by women facing domestic abuse and violence in rural areas and small towns. Ostensibly, this shutdown was proposed on the grounds that the State could not spare ₹6 crore from its Budget, and did not want to replicate Central programmes.

Remember that the National Crime Records Bureau (NCRB) data for 2020 found that 30% of crimes against women were by family members — sons, husbands, fathers and uncles. According to the fifth round of the NFHS, Karnataka witnessed the largest increase in spousal violence, from 20.6% in NFHS-4 to 44.4% in NFHS-5. By raising the volume on “culture” and “society” in danger, the State simultaneously shuts the door, and, therefore, the public eye, on what High Court judges across the country have proclaimed as one of the most dangerous places for women — the home. Santwana kendras were crisis centres providing legal education, psychological counselling and recuperative strength to victims of domestic violence. Reports from as recently as 2015 had confirmed how crucial they had become for women’s mental wellness in all parts of Karnataka, their services largely being availed of by Other Backward Classes (OBCs), Scheduled Castes (SCs), Muslims and Scheduled Tribes (STs), in short, among the less privileged in the caste/class hierarchy.

Overt power has now been conceded to (male) vigilante groups to forcefully intervene in what they believe are assaults on vaguely defined Indian, or more properly, Hindu culture. Brutal and macabre acts of violence in ending interfaith relationships are now becoming commonplace, as in the “beheading” of Arbaaz Aftab Mullah in Belagavi by men who had threatened the victim and have been identified as belonging to the Sri Ram Sene. To date, no arrests have been made in this murder case. It is these acts of violence that the Chief Minister has publicly condoned.

At the same time, Karnataka’s eagerness to match if not outdo the Uttar Pradesh model of governance is also taking the form of weaponising the law to show women their place. Raucous demands have been made to pass an “anti-love jihad” law. This twin strategy, of combining law with violence, successfully replaces a language of rights with a discourse on nation and kinship. It replaces women’s recourse to legal strategies and empathetic counselling with the moral authority of nation and kin, largely exercised by men. Perhaps it is not accidental that in a Cabinet that has only one woman member, the Minister in charge of Women and Child Development in Karnataka is Achar Halappa Basappa, a man whom Myneta reports as having one criminal case against him. Only they can be trusted to govern Karnataka’s daughters.