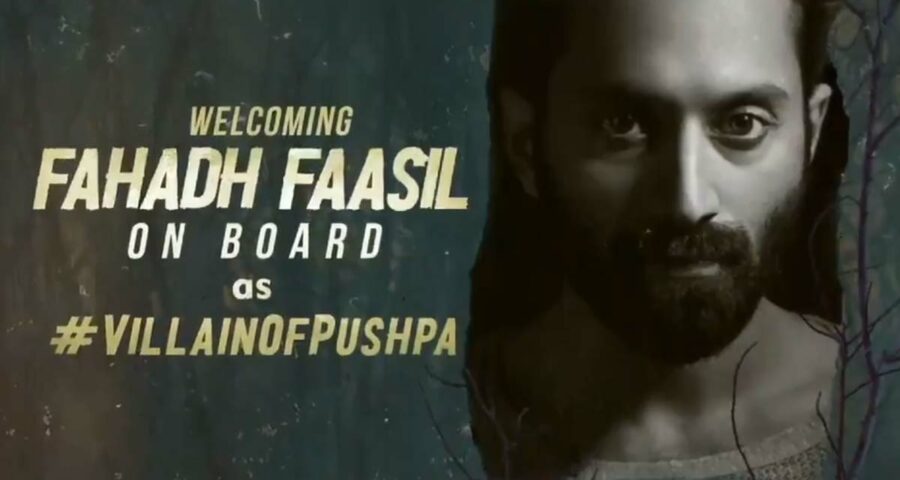 Icon star Allu Arjun and Rashmika Mandanna starrer Pushpa is one of the biggest movies lined up for release. As with life all over India, the shoot of this movie has also been halted due to the Coronavirus pandemic. However, now the makers are gearing up to complete the pending work so that Pushpa can be released on August 13, 2021, as decided earlier.

The sources close to the makers revealed that  the makers of Pushpa are planning to resume the shoot from 5th July onwards. The new schedule will be started in Hyderabad. Pushpa is a pan-Indian project which is produced by Mythri Movie Makers and it has Kannada lady  Rashmika Mandanna in the female lead role.  Malayalam actor Fahadh Faasil has been roped in to play the role of main antagonist.

Fahadh Faasil plays the role of a forest officer and his role is expected to be one of the major assets in the  film starring Allu Arjun and Rashmika Mandanna. The reports are coming  that Fahadh Faasil’ role will be restricted only to the first part and he will not be in the second part.

As reported earlier, Sukumar’ directorial venture  Pushpa will now be released in two parts. The first part will release as scheduled in  the month of August whereas the makers are planning to release the second part in 2023.