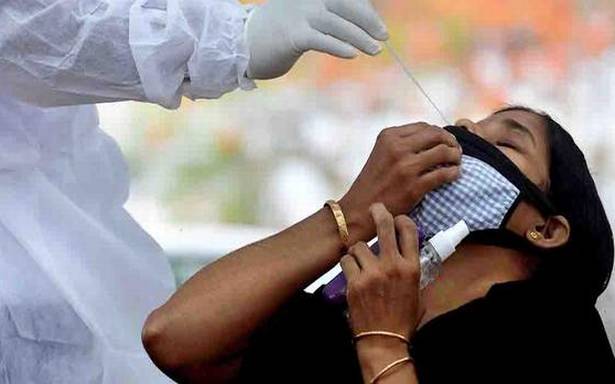 The Union government was still in negotiation and no final decision had been taken on indemnity to either foreign or local COVID-19 vaccine manufacturers, NITI Aayog member (health) Dr. V.K. Paul said at a Health Ministry press conference on Friday.

While the priority of the government was to provide vaccine cover to the vulnerable elderly population and those with comorbidities, Bharat Biotech and Zydus have already started testing vaccines on children. “But we have to understand that we will need 25-26 crore doses to cover this population as we cannot have partial coverage. All this will be taken into account when we strategise. Information gathering and analysis on the matter is on,’’ he noted.

When asked about the delay in emergency use listing of COVAXIN, he said India was working with Bharat Biotech and the World Health Organisation on the issue. “Currently data sharing is on and we are keen that this milestone is achieved soon. We are pursuing it.’’

Dr. Paul cautioned that while India had been able to suppress the second wave, the virus could come back in case people don’t act responsibly. “When the peak is declining, we should not suddenly get back to the same behaviour as before the second wave. We have to buy time to ensure we achieve a high coverage of vaccination,’’ he pointed out.

Lav Aggarwal, joint secretary, Health Ministry, providing details of the COVID-19 graph in the country, said there had been a continuous decrease in cases and recoveries were far exceeding the new cases.

“Recoveries are exceeding the daily cases reported. There has been a steady decline in case positivity across the country. India has registered a continuous decrease in cases since its peak on May 7. If we analyse data in comparison to May 7, the highest reported peak, we are recording a 68% decline in daily cases,’’ he stated.

The Central Government on Friday said it had decided to step in to regulate the price of oxygen concentrators and noted that as per information collected by it, the margin at the level of distributor currently ranged up to 198%. “By invoking extraordinary powers under Para 19 of the DPCO, 2013 in larger public interest, the National Pharmaceutical Pricing Authority (NPPA) has capped the trade margin up to 70% on Price to Distributor (PTD) level on Oxygen Concentrators. Earlier, in February 2019, the NPPA had successfully capped the trade margin on Anti-cancer Drugs. Based on the notified trade margin, the NPPA has instructed the manufacturers / importers to report revised MRP within three days. Revised MRPs will be informed in public domain within a week by the NPPA,’ said a release.